A couple of days ago David called me and asked if I had any plans for the weekend. I replied that I had a fun filled weekend planned after working at my job Saturday morning, washing puppies - things like doing the hated and despised laundry, the mopping of floors and perhaps a little cleaning here and there. Really important stuff. So he asked if I would like to spend a little time with my grandkids. Hmmm.....tough choice. Laundry or grandkids. I vote for grandkids!
David, Staci and the kids picked me up late in the afternoon on Saturday. We went to a really nice park just a couple of blocks from my apartment. The kids had a grand time swinging on the swings, showing me how they could go hand over hand on the monkey bars, climbing all over the castle and sliding down the slides. I had a grand time watching them and taking pictures. The girls took turns going round and round on the tire swing, just as fast as their Dad could push them, and showed me how high they could go on the regular swings. Jacob was just everywhere doing everything. 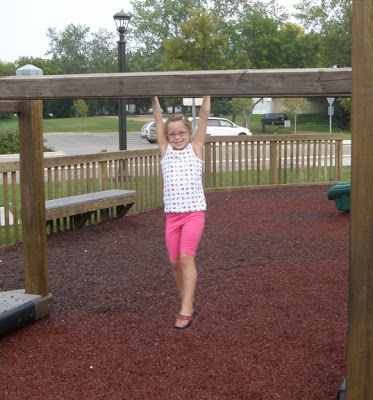 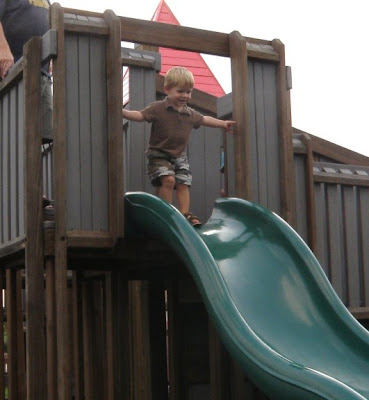 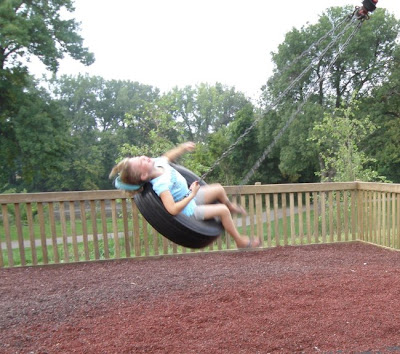 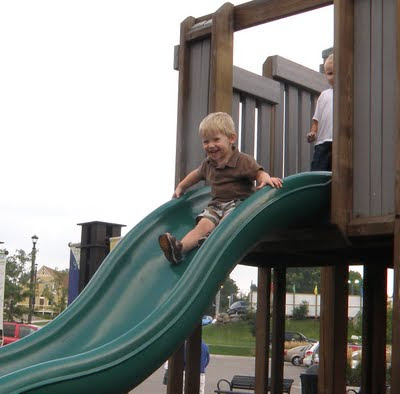 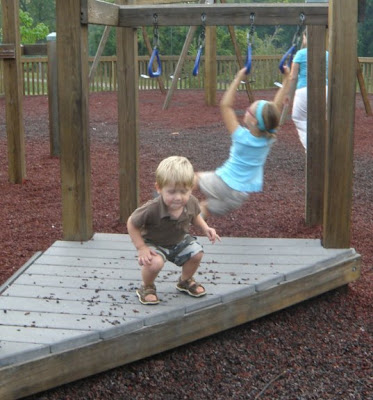 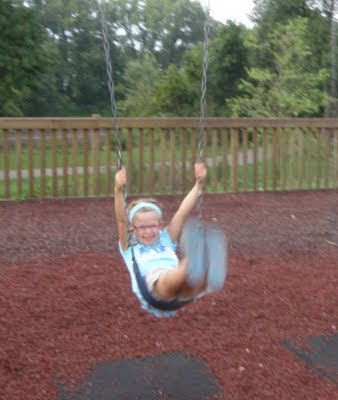 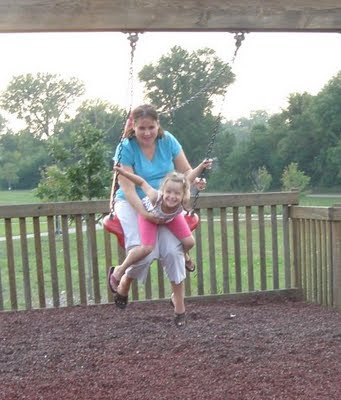 I expect that the kids could have kept this up for a couple more hours, but as the adults were pretty much worn out, we headed to a local restaurant for dinner. Over dinner Boston and Maddie had all sorts of things to tell me - about school and riding their bikes and a play date where Boston went swimming in a hot tub. Maddie cleaned up her bowl of macaroni and cheese right down to the last macaroni, and Boston beat me five games of tic tac toe out of seven. And I was really trying to win. I also learned that Jacob can throw a french fry much farther than I would have thought possible for a child his age!
After everyone had eaten their fill, we went back to my apartment for a little while because the kids wanted to see my cats. Now the cats are used to having only me to deal with, and they tolerate me as I am the one who feeds them, so they weren't overjoyed with having their territory invaded. But nobody got scratched or bitten and there was some serious kitty petting going on, so all in all, the kids were happy. When the kids had enough of the cats, and the cats had enough of the kids, it was time to take three tired children home. I got some pretty good hugs and kisses from all three and even some "Bye Grandma. I love you, Grandma."
Sometimes I get tired. Sometimes it seems as though all I do is work, whether it be at my job or at home. But then, along comes a day like Saturday when I can spend time with my kids and grandkids, watching them play, listening to them tell me about all the things they do, getting hugs and kisses from them, and suddenly I am no longer tired. Days like this are what makes my life totally worthwhile.
Posted by Vicki at Sunday, September 13, 2009