Poor Charlie did not have as fun a weekend at the lake as did the rest of us. By the time David and Staci got to our destination, it was obvious that something was wrong with him. He was just not acting like his usually happy self. At first he would yip in pain now and then, with no cause that we could see, Then later, he seemed to be in pain when bumped or jostled. He slept with me Friday night, and literally screamed when he jumped down off the bed in the morning. He occasionally limped, but there was no one thing we could put a finger on as the source of his discomfort.
My first thought was arthritis, as I see those same symptoms every now and then in the older dogs that come into the grooming shop where I work. I was dead wrong.

David and Staci told me that he cried often on their way home, so after calling their Vet, David took him to the doggie Emergency Room. These photos were taken while he was there. Turns out the poor little guy had a herniated disc in his spine near his neck. No wonder he was crying in pain. David said the Vet prescribed some good doggie drugs to relax his muscles and kill the pain, and I hear he is recovering nicely. I was so relieved to hear that. 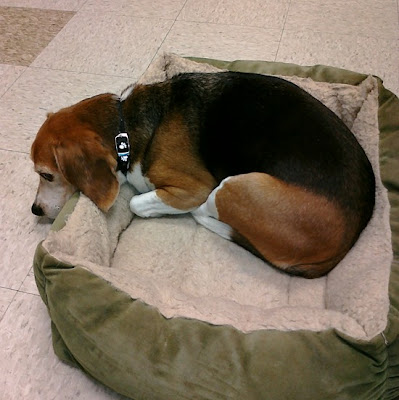 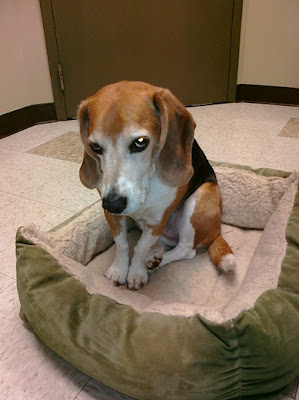 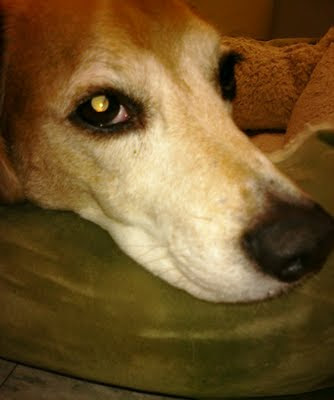 After all, Charlie is my Grand-Puppy!