I just love kitchen gadgets.  My kitchen is small  and without much storage space, so I am selective about the gadgets I buy.  But I just couldn't resist this one. 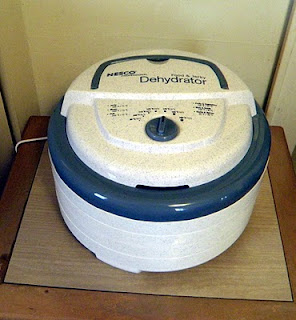 I have been looking at this one online for quite some time.  But the only store in my area that carried them in stock and not just for online ordering was Fleet Farm.  I don't do credit cards any more, so ordering online is a hassle.  I can't get there by bus.  So Wednesday this week, David picked me up and took me to Fleet Farm.  I had so much fun.

I found my dehydrator, extra trays for it, plastic mesh sheets that fit on the trays to keep tiny pieces of food from dropping into the lower trays, plus another gadget that plugs into my Food Saver for sealing dehydrated foods in glass canning jars.  I was in heaven!

I have a dehydrator that is several years old, and I have used it to dry onions, but not much else, as it had no temperature control on it.  It had a tendency to cook as it dried, and that made for less than perfect dried foods.   The new dehydrator has the temperature control which will make it much easier for me to dry all the foods I want to dehydrate.  I tested it with some frozen vegetables that I had bought on sale a couple of weeks ago. 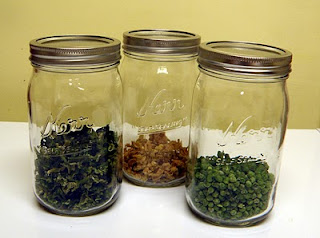 This is what you get from one pound bags of peas, cauliflower and two bags of broccoli.  The cauliflower turns white again when rehydrated in water.  I cook very few big meat and potato meals for myself, but prefer soups, stews, casseroles and the like.  So now, rather than having freezer space taken up with bags of veggies, or cupboard space crowded with cans of veggies, I have the dried veggies that take up much less space.  I can just toss a handful of whatever combinations I want into a pot of soup simmering on the stove.  Or rehydrate them in water to add to a casserole.  I love it.

I am off tomorrow to do a little grocery shopping, and will get a variety of fruits to dry as well as more frozen veggies.  I love dried fruit, but don't like the prices of the prepared stuff, or the additives in them to give them a longer shelf life.  And the home dried fruit tastes so much better.  David requested some beef sticks that can be made with ground beef and spices, so I will make those next week as well.  I think I like the beef sticks as much as his kids do.

Thank you, David, for taking time from your busy schedule to run me over to Fleet Farm.  It was nice to be able to spend time with you.  I really love it when we have time to just talk.  And I am having so much fun with my new play toy!
Posted by Vicki at Friday, February 11, 2011 No comments:

If I let my family know that the other evening I spent a couple of hours watching reruns of the old Rocky and Bullwinkle TV show, do you suppose they might insist on therapy for me? Especially if they knew that I spent a good deal of that time laughing out loud, all by myself, at the silly jokes and puns?  And that I giggled all the way through the Fractured Fairy Tales and Dudley Doright segments? 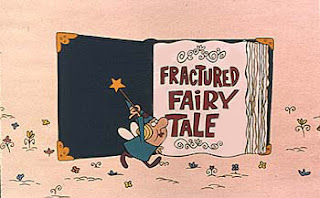 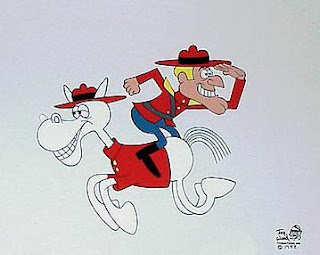 Yeah, they probably would.

"Slow Down, You Move Too Fast"

Simon and Garfunkel had it right with those lyrics in their song.

Why is it that we feel the need to move so fast?  I think, speaking only for myself, it is due to years of this learned behavior.  It began with my mother, who was a bit of a perfectionist.  Dust bunnies hopped away in terror.  Dishes didn't dare sit dirty in the sink for more than 10 minutes after a meal.  We washed clothes on Monday and ironed them on Tuesday, etc., etc., etc.  I remember watching my Dad mow the lawn at the farm, on nearly a dead run behind the lawn mower.

I understand the need to keep my living space free from dirt.  I mostly do that.  But I find myself rushing about to get things done.  I don't know why I do this when I now have all the time in the world to get things done.  The dust bunny police are not going to knock on my door.  I answer to nobody but myself.  So why, in the name of good common sense, should I rush about like a chicken with no head!  There is no good reason that I can think of.

We live in a fast-paced world.  It seems to me that so many people try to cram so many things into one 24-hour day.  I did the same when I was still in the work force.  I still have trouble slowing down, and if per chance I take a day and do nothing, I blog about it, because it is so unusual.  That's kind of sad.

I believe that the world would be a much better place if we had more rocking chairs on more front porches, and if we used them.  To sit.  And rock.  And cuddle with a kid.  And remember the good things.  And hum a long remembered song.  And sip a good cup of coffee or glass of homemade tangy lemonade.  And watch the world go by.  And take time out of busy lives to smell a few roses.  And enjoy a sunset. 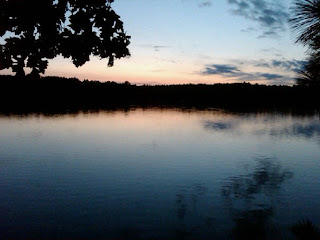 I think my rocking chair is calling my name.
Posted by Vicki at Thursday, February 03, 2011 No comments:

I have been known to whine about doing my laundry.  I whine about it a lot.  Anyone who knows me also knows that laundry is not my most favorite job in the world.  Did I mention that I don't like laundry?

I was thinking about my Grandma Matheny the other day.  Her first child was born in 1898.  By 1906 she had six children, including two sets of twins.  She did lots of laundry.

When I wash clothes, I pop them into the washer, go drink a cup of coffee while they wash, toss them into the dryer and drink another couple of cups while the machine does the work.  Not Grandma.  She took buckets outside to the water pump in the yard, hand pumped them full of water and hauled the buckets into the house.  I'm thinking that she made more than just a few trips carrying buckets of water.  Then she heated the water on her wood burning cook stove and filled a wash tub with the hot water.

When my clothes go into the washer, an agitator swooshes them around in the soapy water and gets them clean.  I'm pretty sure that Grandma's house didn't have electricity until later years when her children were nearly grown.  So Grandma did the agitating of clothes by rubbing them on a washboard.  She had nine children.  In 1906 she had two sets of twins under the age of four plus two older children.  That's a whole lot of cloth diapers and overalls over those years to scrub on a washboard.  To say nothing of the dirty farm clothes and children's play clothes.  Those kids got dirty.  They didn't sit in a clean environment playing video games or watching television or playing computer games.  They played outdoors.  In the woods.  In the dirt.  They worked outdoors as well, in the garden or helping with farm chores. 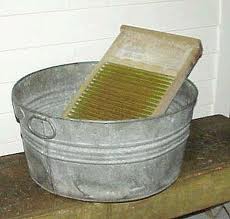 When my clothes have finished washing, they go into the dryer.  Grandma's clothes went in a basket and were hauled outside to the clothesline where they were hung up to dry.  I don't know how she managed to dry clothes in the winter.  Some hung clothes outside to freeze-dry and some hung clothes in the house to dry.  Either way, it was a whole lot more work than tossing them into a dryer.

When my clothes are dry, I fold them or hang them on hangars and put them away.  I don't own anything any more that needs to be ironed.  My ironing board stays in the closet until I need to press fabric for a quilt.  But Grandma didn't know about perma-press.  The clothes for her family were made of cotton, wool and other organic fabrics.  They came off the clothesline wrinkled.  I expect that this didn't matter for work clothes and play clothes, but the dresses she made for herself and her daughters and the shirts that the boys wore to school or church all had to be ironed.  When I want to press a quilt top, I just plug my iron into the outlet, let it heat up and in minutes, the job is done.  Grandma heated heavy flatirons on the top of her wood stove and with these she ironed clothes.  For eleven people.  Sometimes twelve, if my Great-grandfather was staying with them as he did sometimes. 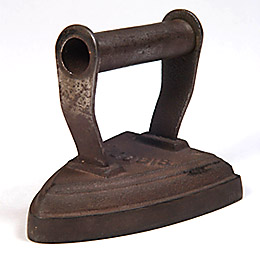 And she did all of this along with the routine cleaning and cooking required to take care of such a large family.

I am such a wimp in comparison.  I do believe that I can not whine ever again about doing my little dab of laundry.  Or whine about any of the other daily chores that I do.  I don't have to haul water or scrub clothes on a washboard or haul heavy baskets to a clothesline or iron with heavy flatirons.  I have it pretty darned good.  The superwomen of today have nothing on my Grandma.
Posted by Vicki at Tuesday, February 01, 2011 No comments: