As you know, I have two granddaughters who dance. 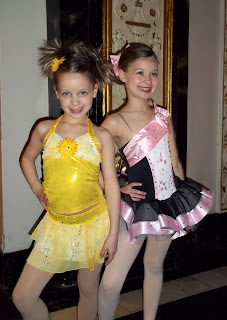 Both Boston and Maddie are in competition dance this year.  And both did very well at their dance competitions the past two weekends.  Both girls won trophys and Boston won an award for being an "Outstanding Dancer."  Boston said before that competition that she really wanted to win that award.  When the girl puts her mind to something, it gets done.  Congratulations, Boston and Maddie.  You done good! 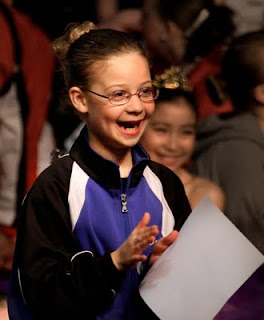 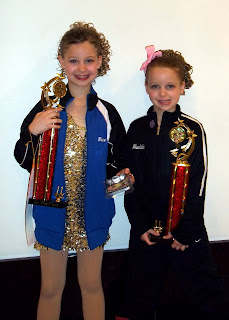 The things that these two young girls accomplish never ceases to amaze me.  I guess it shouldn't.  They love what they do.  They work hard at it.  They have the support of their parents.  But yet it boggles my mind that they should be able to do what they do, and do it so well.  Yep, this is Grandma bragging on them.  And they have earned the right to have me brag.

David said that he gets choked up every time he watches his daughters dance on stage.  He says the other parents have found out and give him a bit of a bad time about it.  But I can understand how this can happen.  Last week David stopped by and downloaded some photos and video of the kids.  The video was of Boston dancing at her first competition of the year.  I gotta admit that I teared up a bit watching her.  To see your child, or in my case, your grandchild, up on a stage, dancing her little heart out and doing such a fine job of it, just brings tears of happiness and pride to one's eyes.

And how can you possibly watch this one dance, knowing how shy she was about being in front of an audience just a couple of years ago, and not feel the emotions of pride and happiness at her accomplishment. 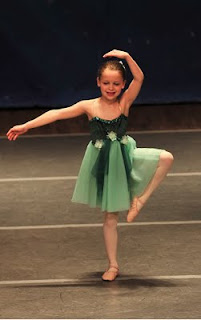 I am so very proud of you both, Boston and Maddie.
Love, Grandma
Posted by Vicki at Monday, May 02, 2011 No comments: