Another Christmas Has Come and Gone

And a lovely Christmas it was.

We met at Jill and Joe's house as we have in the past.  This seems to be becoming a tradition and I like it.  The weather co-operated this year and everybody was able to be there.  For me, that is the best part about Christmas......having my entire family with me.

We ate and we talked and we played. 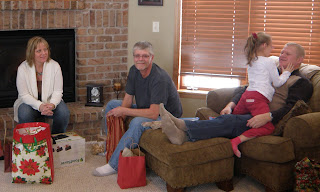 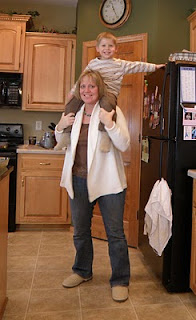 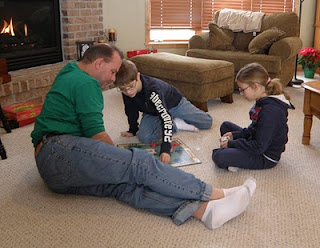 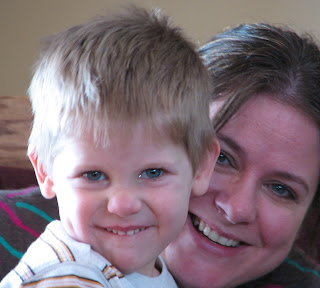 Someone wanted to take pictures of me with my children and grandchildren.  I usually would rather be behind the camera than in front of it, but I do love these pictures.  I wondered, in looking at them later, if my children had gotten taller in the last few years, or if I was shrinking.  Probably the latter. 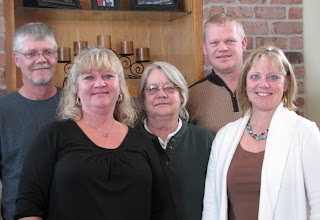 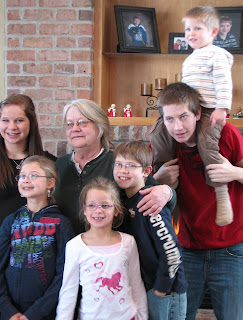 And this is the reality of trying to take a family picture that includes Jacob! 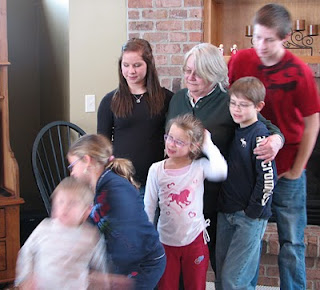 It was indeed a Merry Christmas.
Posted by Vicki at Monday, December 27, 2010 No comments:

I pressed the button that turns the camera on.  Nothing happened.  So I tried again.  And again.  Nothing.

Gotta be the batteries.  I took out the old ones and put in new.  Pressed the button.  Nothing.  This is not good.

Grabbed my jacket and stocking hat and off I go to the local convenience store.  Bought batteries.  Trudged home through the snow.  Put the batteries into the camera.  Pressed that little button again.  Nothing.

Well, I thought, perhaps the batteries from the convenience store aren't any good.  They don't do much of a business.  Maybe the batteries are old and don't work.

So yesterday when I was out and about, I picked up more batteries at the grocery store.  Came home and put the new batteries into the camera.  Pressed the little button.  Nothing.

Now, I am getting worried.  Did I mention that I really love my camera? 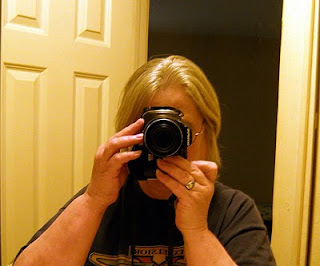 I don't expect that I will run out of batteries any time soon.

A Do Nothing Day

Today I did absolutely nothing that even resembled work.

I stayed in my jammies.

I played on my computer.

I read a book.

I played with the dogs.

It was absolutely wonderful.
Posted by Vicki at Tuesday, December 14, 2010 2 comments:

One of the things I like to do in the morning is read various blogs that I like to follow.  Some of these have a theme day.....in this case, Way Back Wednesday.....where they blog about early memories.  Yesterday, Lane of "That Man Quilts?"  talked about remembering his Grandmother's chicken and dumplings. As sometimes happens, these blog posts send me on my own stroll along memory lane.

My Mom could cook.  Which isn't surprising, because her mother was a fantastic cook.  But when Mom became too crippled with arthritis to work in the kitchen any more, Dad took over the cooking duties.  And he was Mom's equal when it came to putting together a good, tasty meal.  I once asked him where he learned to cook.  He told me that he had been, when he was young, working in a logging camp in northern Minnesota.  He said that he had hurt one of his arms and couldn't do the hard, physical work required when working in the woods, so rather than go home and lose the income that was much needed in his family, he started cooking for the logging crew.  He said that if someone didn't know how to cook, they would learn really fast in that situation.  A gang of hungry loggers is not a pretty sight.

So last night, after having chicken and dumplings on my mind all day, I decided to make some.  I didn't have any chicken in my freezer, so I headed to my pantry.  I opened a quart jar of turkey broth and added a pint of canned chicken and a half pint jar of canned celery, along with dried onion and seasonings.  While this heated on the stove, I made the dumpling dough from my homemade biscuit mix that I keep on hand.  It is a good substitute for Bisquick.  This was dropped by spoonfuls into the chicken mixture and cooked until the dumplings were done.  I decided to go whole hog and add a vegetable, so I melted a little butter in a pan, added a bit of brown sugar and a pint of home canned carrots.  A meal fit for a king.

I would have taken a picture of this lovely plate of comfort food, but it just didn't last long enough.
Posted by Vicki at Thursday, December 09, 2010 No comments: