Grandmas Get To Brag

It says so.....right there in the contract.  "When you are a Grandma, you get to brag."  Now when you are just a parent, it is OK to brag just a little bit.  After all, when your kids do something awesome, they should be recognized for it.  But when you become a grandparent, you can pull out all the stops.  You get to tell anybody who will stop long enough to listen just how marvelous your grandchildren are.  It is such fun...probably one of the most fun things about being Grandma.  That, and the part where we get to enjoy our grandchildren without the responsibility of disciplining them.  I really like this Grandma thing.

Now, on to the bragging part.

The first one I get to brag about is Zach.  Now, I ask you.  How many eleven year old boys do you know who take their mothers for an airplane ride.  As the pilot! 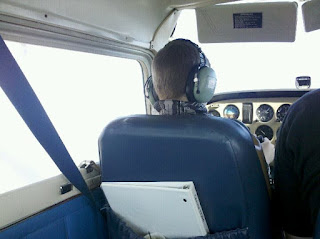 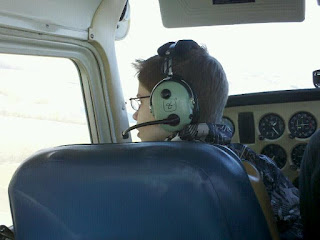 Zachs Mom emailed me these photos last evening.  Pretty darned cool.  I am so impressed by this boy's abilities.  I just can't imagine what it must be like to fly a plane, much less at his age.  When I was eleven, the training wheels hadn't been off my bike that long.  His Mom says that he does an excellent job doing what his instructor tells him to do.  He does everything himself, including landing.  Below are some photos that Jill took during the flight. 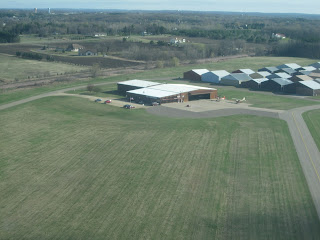 Valter's Aviation from the air. 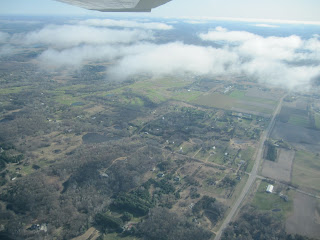 He went above the clouds! 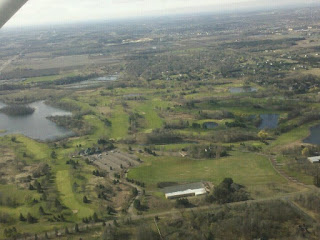 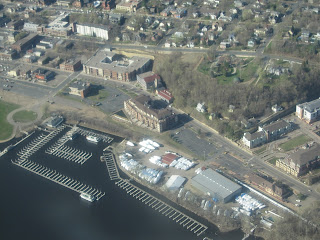 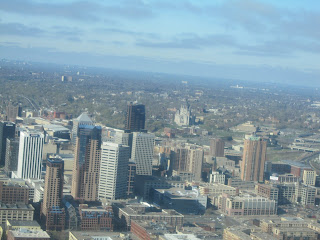 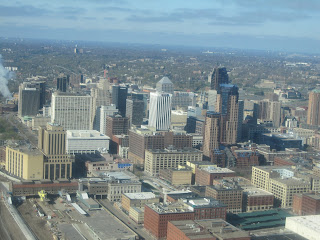 St. Paul.
Jill says that Zach wasn't thrilled with the Foshay Tower Observation Deck, but altitude while flying doesn't bother him at all.  I can relate.  I get a little bit shaky just climbing on a kitchen stool to reach something in the top cupboard.  But I love to fly and have no fear of heights while in a plane.

Which is something you need to keep in mind, Zach, when you get your pilot's license.  Your Grandma really does love to fly.  Hint! 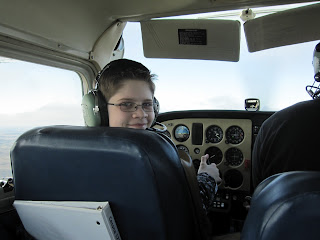 Now on to the second part of this Grandma brag-a-thon.


Over this past weekend my granddaughters, Boston and Maddie, took part in their first dance competition of the year called "Talent on Parade" at the Minneapolis Convention Center.  Their Dad tells me that there were between fifteen and twenty teams competing.  In addition to the regular team competition, both girls performed in special dances, Boston as a solo and Maddie with three or four other girls.

Boston's solo dance involved using the bench that her Dad made as a prop.  I haven't seen them dance yet this year, but I am told that she dances on top of the bench and does a cartwheel off from it. 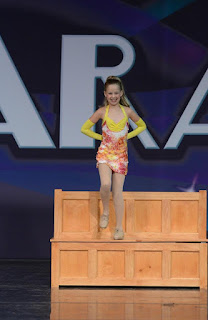 Both Boston and Maddie won First Place Trophys for their special dances.  This is above and beyond all the practice time they put in for the three dances performed with the dance team.  I am so proud of these girls.  They both love to dance and they both work so hard.  David tells me that both are taking extra lessons at the dance studio to improve their performances, although I think it may be hard to improve on First Place trophys!  Congratulations, girls.  You have earned every bit of the pride this Grandma has in your accomplishments. 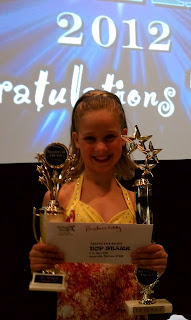 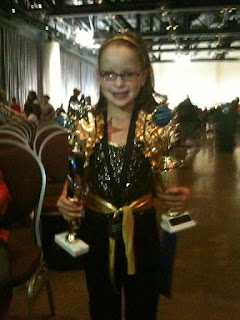 Boston and Maddie's team went on to win first place in their Jazz dance and second place over all.  You done good! 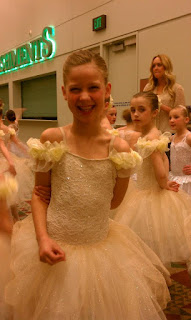 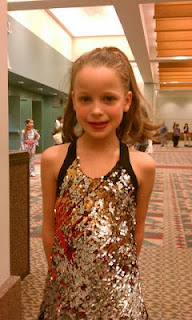 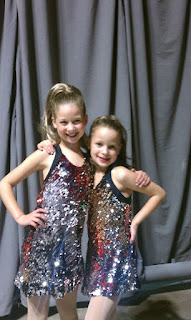 When David called to tell me that they were on their way to the competition, I asked him if he had plenty of Kleenix with him, as he says he has a tendency to tear up while watching his daughters dance.  I can relate.  My heart is full watching them on stage. 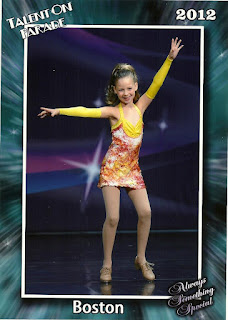 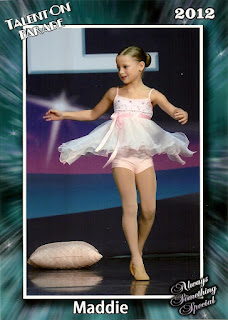