Thanksgiving is a time to reflect on our blessings and those things we are thankful for. My blessings were all together at David and Staci's home on Thanksgiving Day. How I love these times when my family is all gathered in one place to spend time with each other.


David is a wonderful cook, and a brave one. He tried out several new recipes for our Thanksgiving dinner, and all turned out well. I had never tasted turkey roasted on the grill. He said that he marinated it in an apple juice brine overnight before grilling. It was soooo good. Jon won the debate as to whether the accompanying side dish was "dressing" or "stuffing." It seems that it is only "stuffing" when it has been stuffed into the bird before roasting. Makes sense to me. As is our custom, each brought something to share for our meal, and we feasted like kings on the traditional Thanksgiving fare.


It was such fun for me to watch my grown children working together in the kitchen preparing our meal. There was much talk and more laughter with good natured teasing thrown in for good measure. I was reprimanded for snitching a piece of turkey, but I thought I should make sure it was fit for everyone to eat. The grandchildren hovered, waiting for it all to be ready to eat, and Jacob came carrying his bib. He was more than ready. 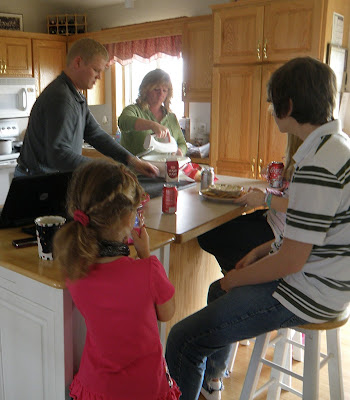 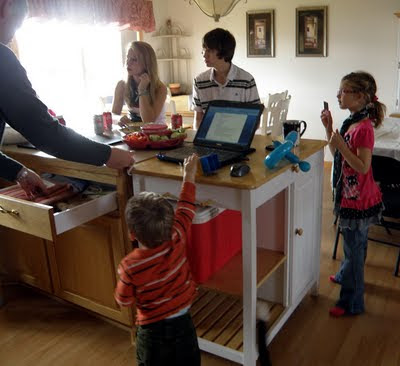 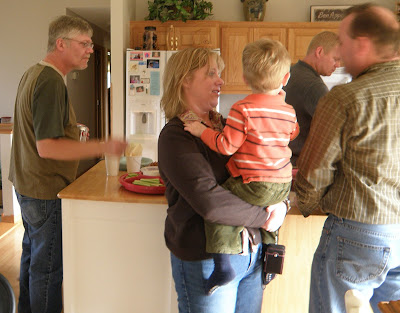 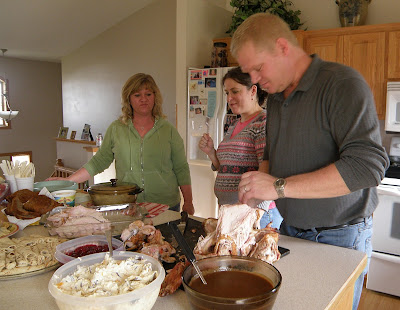 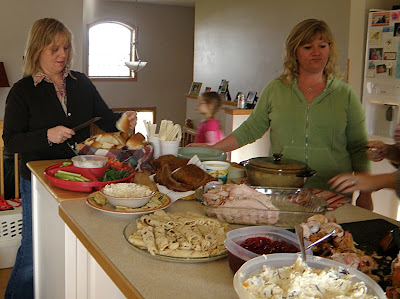 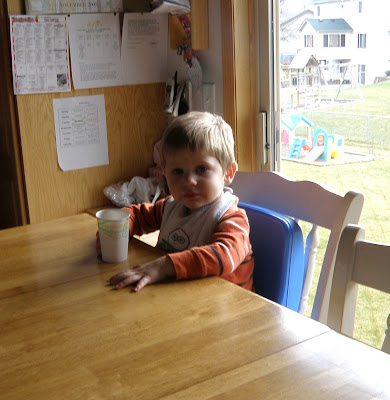 Charlie circled the kitchen, making sure that if a crumb dropped on the floor, he was on it. It was his job to keep the floor clean, and he did it well, right up until the time he was banished from the kitchen. 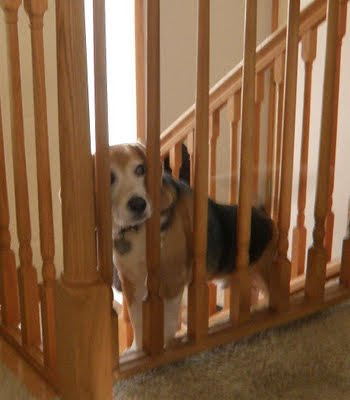 I brought Jessie with me as I wanted to start getting her used to being with people. She did well, did not leave any puddles on the floor, got along well with Charlie, and the grandkids had fun playing with her. 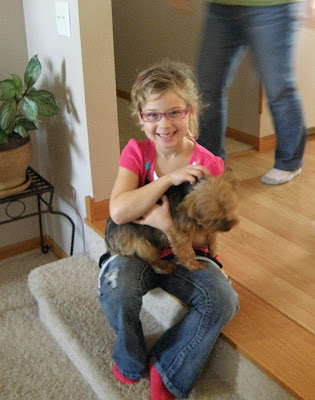 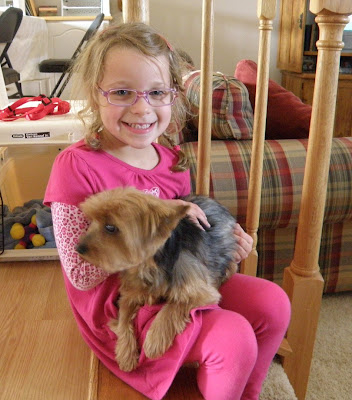 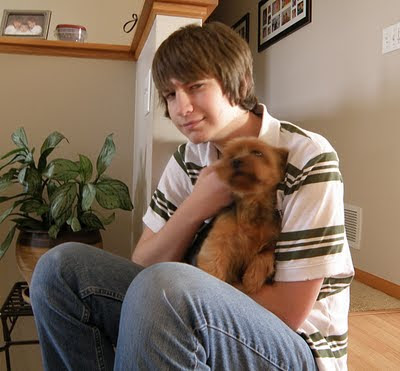 After pie and coffee later in the afternoon, it was time to head on home. When I got home I downloaded the pictures I had taken from my camera onto my computer. Looking through them, I thought about how very much I have to be thankful for. And most of what I am thankful for was gathered together for a truly nice Thanksgiving Day.
Posted by Vicki at Saturday, November 28, 2009 No comments:

A couple of weeks ago I learned that the lady Starla and I know who breeds Yorkies was retiring one of her females and wanted a good home for her. What happened next should not surprise anyone who knows me well. Starla drove out to the farm and picked her up for me. She is 7 years old, but has the energy of a much younger dog. I wasn't thrilled with her name (Tiffany), and she isn't a princess kind of dog to go with that name, so we named her Jessie. Starla started calling her Jessie James, but when I pointed out that she is a girl and not a boy, the name was changed to Jessie Jane! 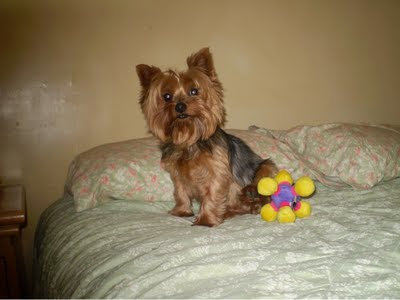 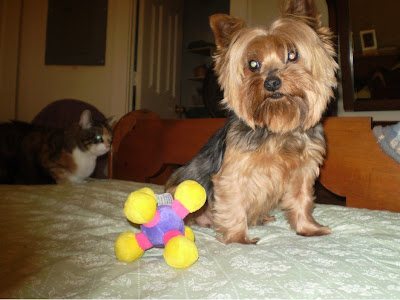 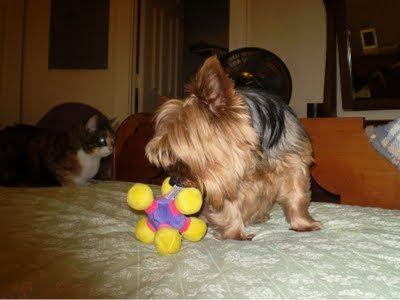 I hadn't planned on taking her to work with me, but Starla said I might as well bring her so she could get used to being around other dogs and people. With a breeder dog who isn't around people other than her owner, socializing is important. So I took her to work one day last week. Apparently she loved being there, as the next morning, while I was putting my shoes on, getting ready to leave for work, she came to me dragging her harness and leash. Yep. Cute will win every time.

So we now have a shop dog who lives with me. Starla calls her our "Wal-Mart Greeter" as she will come out of her kennel to greet anyone who comes in the door with a dog. She doesn't know what doggie treats are for, which is probably just as well, and she didn't know what toys were for either, until I gave her the one she has in the photos. Wherever she goes, the toy goes. Jessie gets along with the cats just fine unless one of them tries to play with her toy. Then watch out!

I know of several people who have successfully litter box trained their Yorkies, and as I am not overly fond of early morning walks in the snow, we are working on that. First I put newspaper in the litter box, but she just shredded it. Hand a grand time. Little bits of newspaper from one end of the apartment to the other. So then I tried cat litter. She got the idea and was using the box until the cats found it. That was the end of that. So now I will try litter especially made for dogs. Should work just fine, and I won't have to trudge through the snow every morning and evening over the winter. Works for me.

I find that I am really enjoying having Jessie live with me. She is pretty good company, doesn't bark unless a cat steals her toy and she makes me smile. That is worth it.
Posted by Vicki at Sunday, November 22, 2009 No comments: 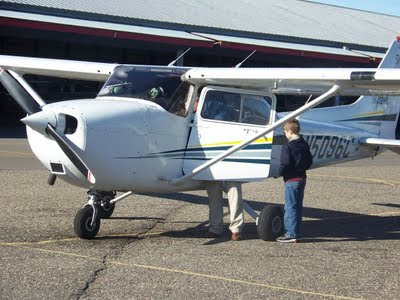 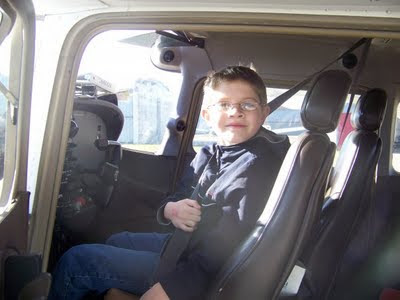 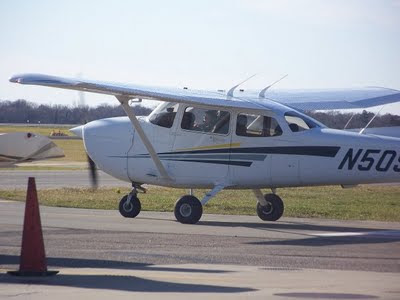 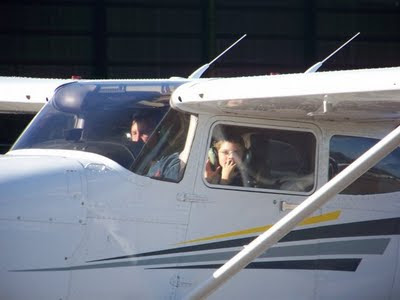 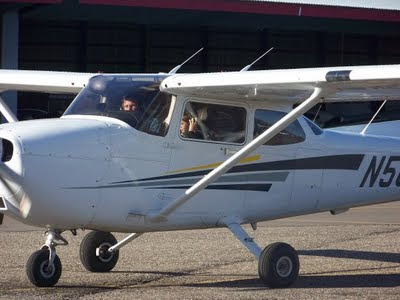 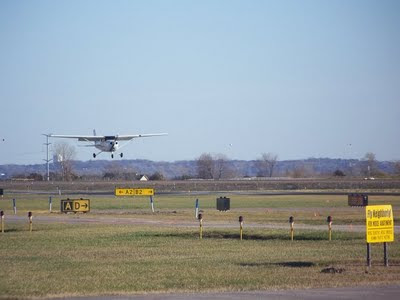 So I'm thinking that when Zach gets his pilot's license, maybe - just maybe - there might be another plane ride in it for me.
Posted by Vicki at Sunday, November 15, 2009 No comments: