Last evening I was curled up in my recliner reading when the phone rang.  It was Youngest Son.  I asked if he was checking up on his Mom.  He said yes he was.  I like that.

He was on his way to help a friend with a lawn project.  He said that actually, he was escaping.  His daughters had two friends for a sleepover.  He said those four girls talked - loud - fast - continually.  I said he was a craven coward.  He said that was true.

He asked me to check Facebook.  He had posted a picture.  This one. 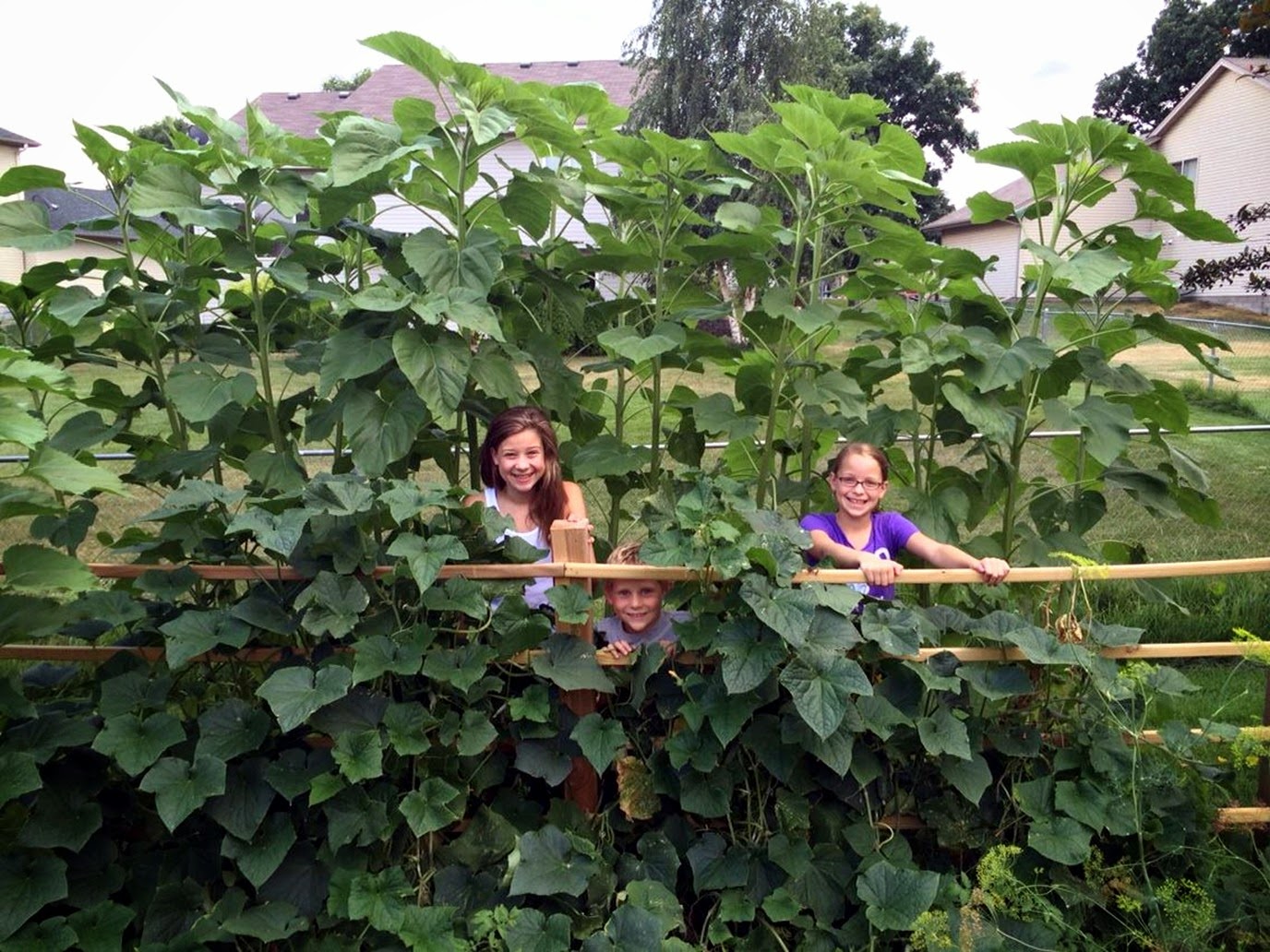 My grandson Jacob wanted to plant sunflowers this year, so David added on to his raised bed garden to accommodate them.  He said they had grown so tall that he had the kids pose in front of them for reference.  The fence in front of the kids that Jacob is peeking through is for the cucumbers to climb on.  I'd say, if they flower, the sunflowers are a huge success.

David said he didn't know what to do with the sunflower seeds, should they wind up with many.  I suggested putting a bird feeder on the railing of their deck outside of the sliding glass door in their dining area.  He said he didn't want bird poop all over his deck.  I said he could power wash the deck in the spring.  It would be worth a little bird poop for all of the enjoyment the kids would get, especially Jacob who loves watching the birds.  He said he would put up a bird feeder.  You know you have lost the argument when it is three kids and Grandma you are up against.

I think I might have to look for a copy of "Birds of North America."  The kids will probably just run an Internet search to identify the different birds, but I always liked the book reference.  Who knows.  Maybe they will, too.
Posted by Vicki at Saturday, August 02, 2014