Last evening my phone rang. It was David, asking me if I was busy and telling me that a couple of girls wanted to talk to Grandma. I am never, ever too busy to talk to grandchildren. I love it when they call to tell me all about what they have been doing.
Maddie started Kindergarten last week. When I asked her how she liked school, she said that she liked it a lot. I asked her what she had done in school that day, and she replied that she did recess and lunch - you know, the important stuff - along with Art. She said that day had been "Yellow Day," and she wore her yellow shirt and a yellow barrette and pony in her hair and brought yellow flowers that Dad picked in their yard. And tomorrow was "Green Day," and she was going to wear her green shirt. All in all, I'd say that Kindergarten was a huge success. 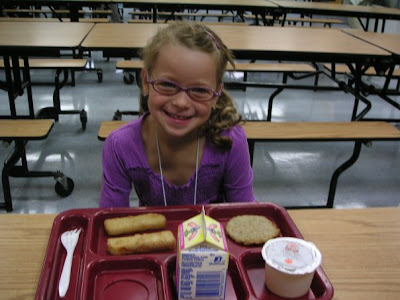 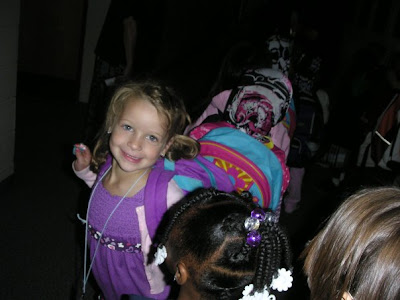 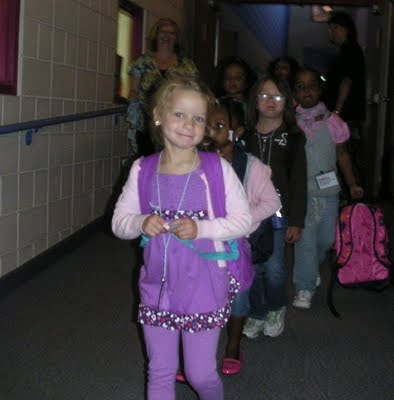 When I asked Boston, who started Second Grade, how she was liking school this year, she replied that She Loves It! She likes her teacher and has made some new friends already, and had friends from last year in her class and she Just Loves It! I hope that her enthusiasm for school continues. 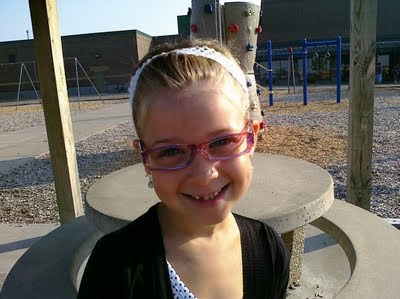 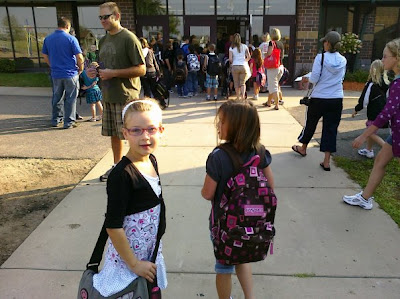 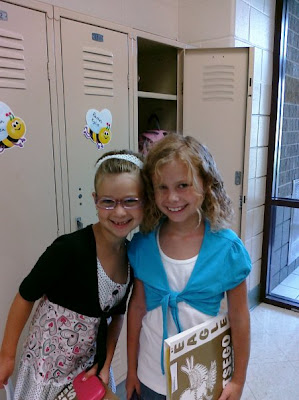 Zach started Fourth Grade this year. Seems like just the day before yesterday that he, too, was starting Kindergarten. He has grown up so fast. Zach says that Fourth Grade is when kids finally get some respect! 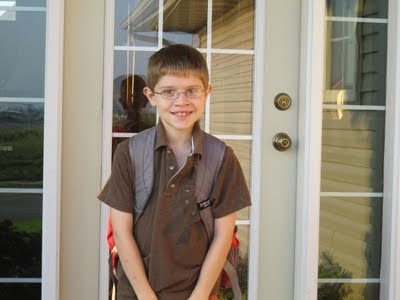 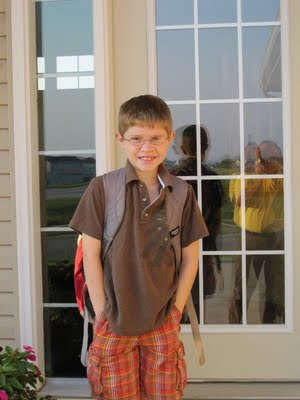 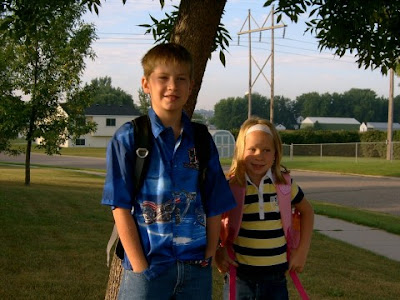 Now this picture taking on the first day of school is not a new thing. It has been going on for a number of years. This picture was taken some 50 years ago. My sister and I were ready to start our first day at Sunnyside School, the two room country school we attended after we moved to the farm. There were three kids in my class. I would love to tell you that I walked five miles to and from school, through the blowing snow, uphill both ways, but I can't. The school was a mile and a half from our house, and I only walked on really nice, sunny days, and only if I wanted to. What a wimp. 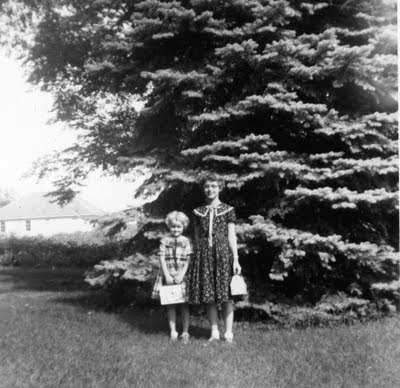 I wonder what my grandchildren, who attend large, modern city schools would have thought of the little school with four grades in each of the two rooms. That school is gone now, merged with the larger schools in the area. I consider myself lucky to have had the experience of attending that little country school.
Posted by Vicki at Wednesday, September 09, 2009