My Granddaughters dance. And they do it well. Last Saturday they had their annual dance recital and this Grandma was privileged to be there to watch them dance.
Last year was my introduction to dance recitals. I had spent a Saturday afternoon watching the girls dance, and was impressed at how well they did, remembering all of the moves and dance steps. Even when I had a working memory, I doubt that I could have remembered everything that they were required to do.
This year's dance recital was amazing. Boston and Maddie's groups performed three dances as well as the closing number and the Daddy-Daughter dance. I noticed right off how much both of the girls had improved in their dancing from last year. Some of the girls in each group would glance around from time to time to make sure they were doing the dance steps right. Not my granddaughters. Eyes forward, smiles on their faces, performing each dance flawlessly. I am so proud of both of them. Their Dad tells me that both of them just love to dance, and it shows. The hours spent on dance class and practice have surely paid off. They are so much fun to watch. 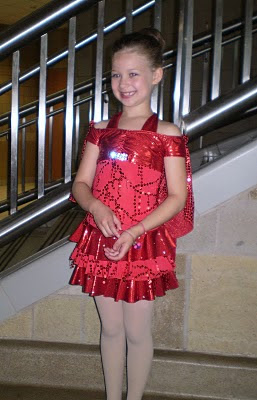 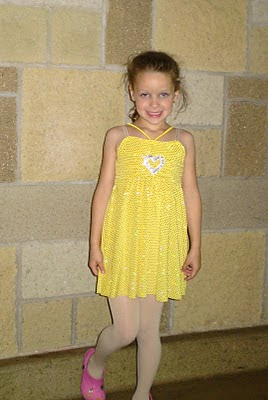 It warms a Mom's heart to watch her son dance with his daughters. Even though David said that he was a bit nervous about his performance, it went off with out a hitch. To see that so many Dads took the time out of busy schedules to attend the practices and learn the steps for this dance and to see so many little girls enjoying dancing with their Daddies gives me a double dose of the warm fuzzies. 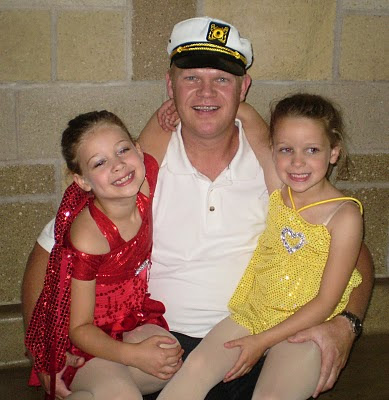 Staci deserves a round of applause for all of the work she does behind the scenes. She helps the girls with their costumes, does their hair and makeup and, as was the case last Saturday, stayed on for the second show that Boston was in, thus spending nearly an entire day on just this one recital. Boston is on the competition dance team for her age group, so Staci has been spending time at the various competitions as well. 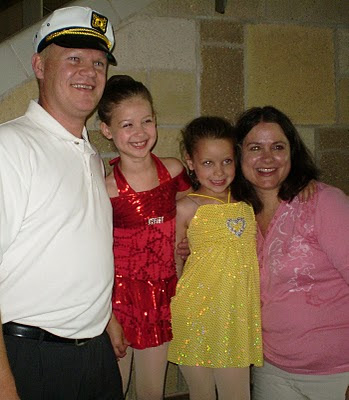 The taking of photos or video during the performance was not allowed, so afterward we all met in the lobby of the school where the recital was held, and we were able to get a few photos of our dancers. Staci's parents were there to share the pride I felt in our granddaughters and they enjoyed the day as much as I did. 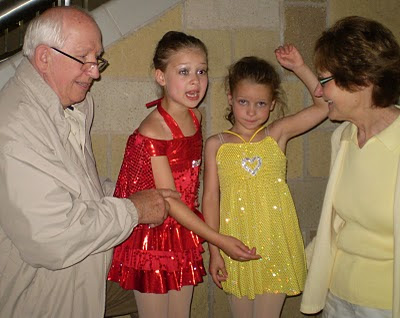 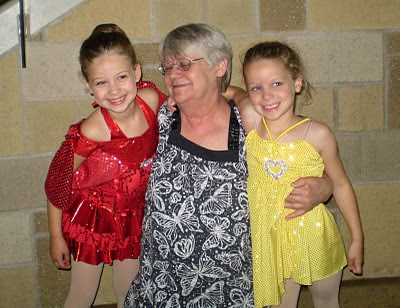 Boston and Maddie, keep on dancing. You are a joy. 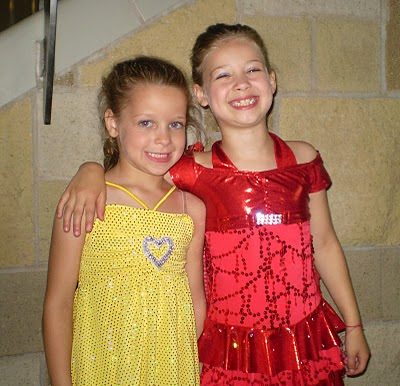