A Stroll Back in Time

Today was spent giving my offending hip a rest after yesterday's activity.  I need to learn to pace myself, which is not an easy thing for me to do.  I should have known better than to try to get caught up with household chores all in one day.  Like my Dad was fond of saying, "Too soon old, too late smart."

I was looking for a couple of photos that I know are somewhere on my computer, when it occurred to me that if my family, in later years, looks through my collection, they aren't going to know who many of their ancestors are.  That's because I have not properly sorted the old photos, nor have I labeled them or included some of the stories that go with them.

They wouldn't know about the following two photos. 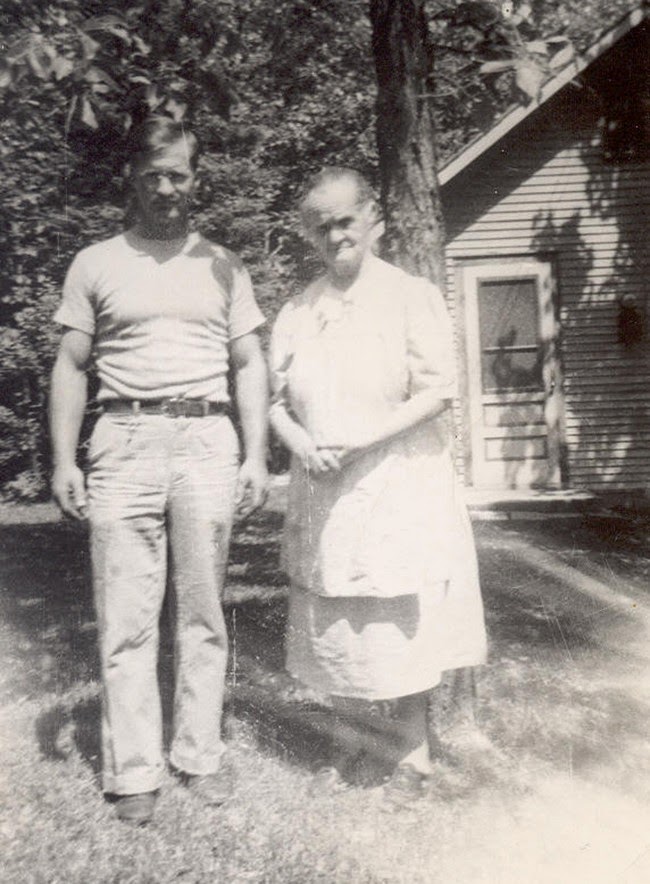 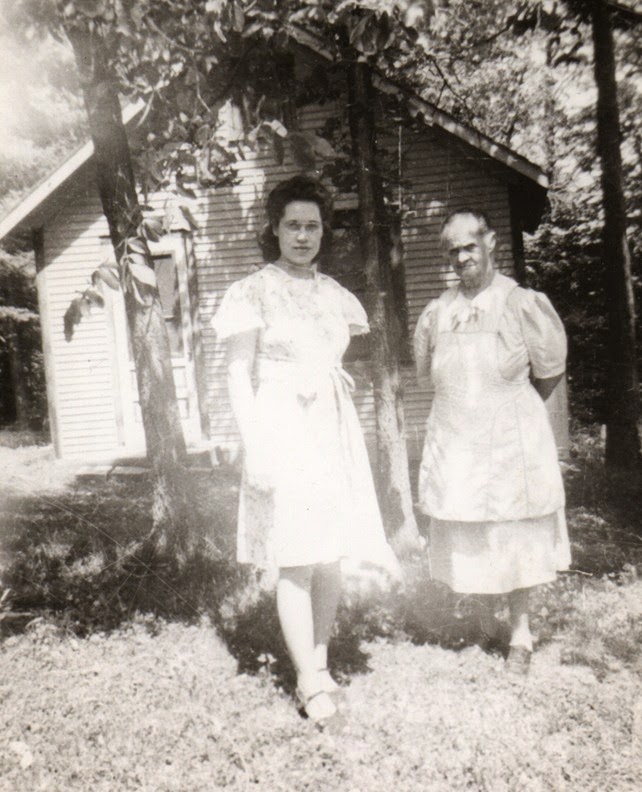 These are my dad and mother, with Dad's mother.  The pictures were taken during this week, 68 years ago.  My Grandmother Matheny stayed with my parents for a week or so after I was born, to help with their first born child.  Who better to help with a newborn baby than Grandma, who had raised nine children of her own.  The house in the background is in Blackduck, where Mom and Dad lived at the time. 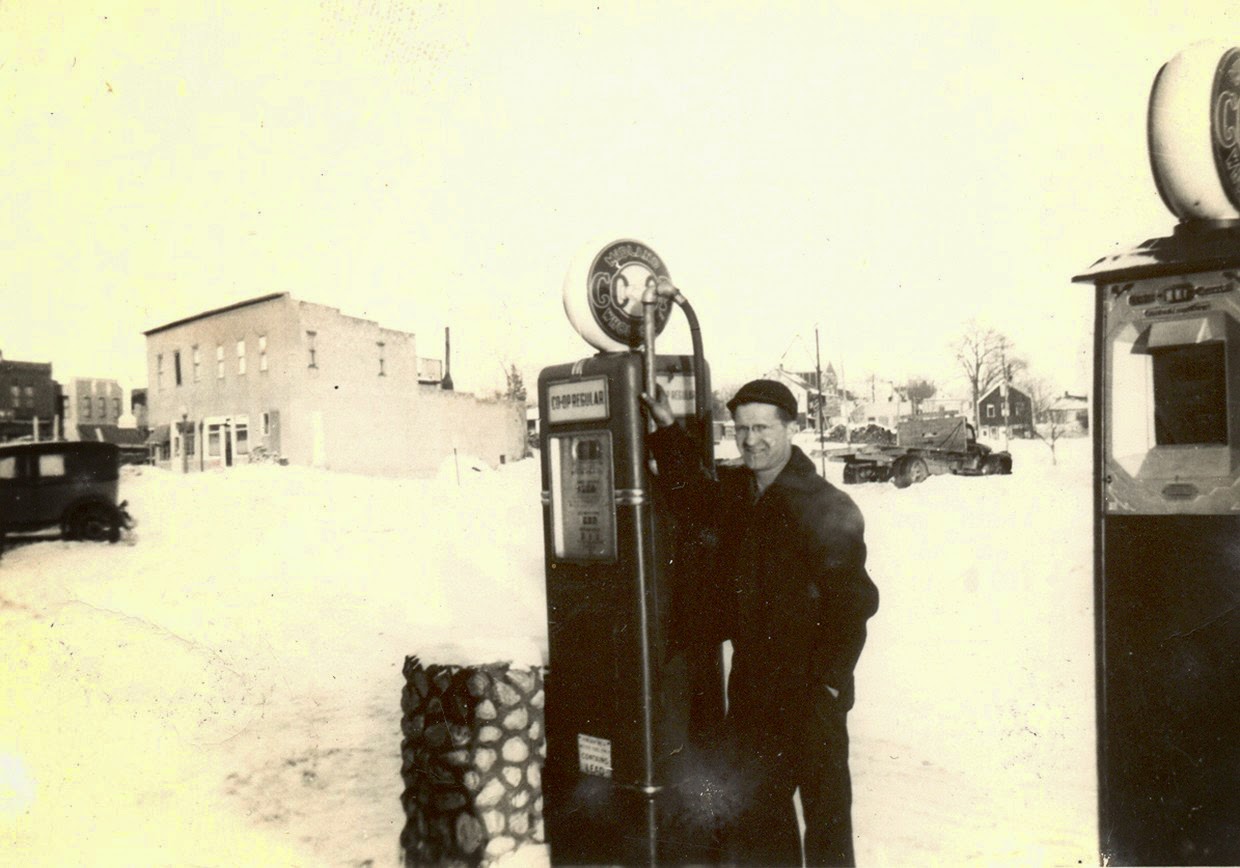 This picture is of Dad, taken in the winter of 1947, when he worked at the gas station in Blackduck.  Dad wasn't a mechanic, but pumped gas, checked oil, cleaned windshields and all the other things that gas station attendants used to do before self-service stations came into existence.  He also delivered gas and fuel oil in the area.


This is my Mother's father, Andrew Paul, on the left, with his brother Walter in the center and sister Clara on the right.  The photo was taken in 1889, when Andrew was six years old. 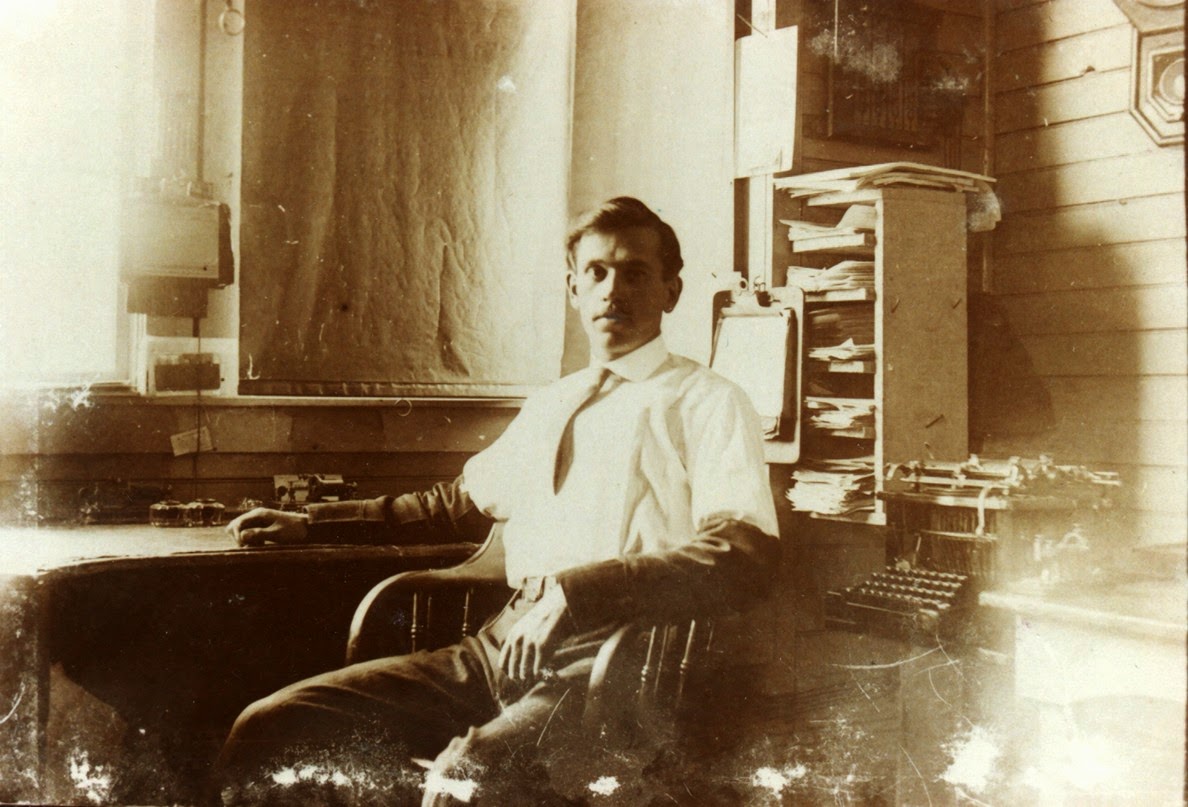 This is Andrew in 1910, when he worked as a depot agent for the railroad.  He is in the Depot in Blackduck, and he worked there until he retired in the mid-1940's.  In small towns like Blackduck, the Depot Agent sold tickets, loaded and unloaded baggage and was the telegraph operator.  I have always loved this photo of my Grandfather.

So I spent the better part of the day sorting pictures and writing as many of the stories as I could remember.  The goal is to include the photos with the family tree I am working on.  Seeing pictures of ancestors makes them more than just names and dates, and the stories tell who they were.  My parent's generation is gone now, and my generation is thinning out faster than I care to think about.  It is important to me that none of these people totally fade away, but are remembered within my family.