This morning I read a report from Drudge that stated the "Elf on the Shelf" conditions children to believe that spying is OK.  Really?  How incredibly paranoid we have become.

I don't recall anyone ever accusing Santa Claus of spying all those years ago when parents told their children that Santa knew if they were naughty or nice.  Even had a Christmas song that proved it with the words, "He knows if you've been bad or good, so be good for goodness sake."

They didn't believe a word of it.

The same way that kids don't equate the Elf with spying.

Only adults do that.  The kind of adults who want to suck the fun and joy out of everything.

And with that in mind, here is what the Elves who live with my grandchildren were up to last week.

They were watching from the ledge above the kitchen cupboards. 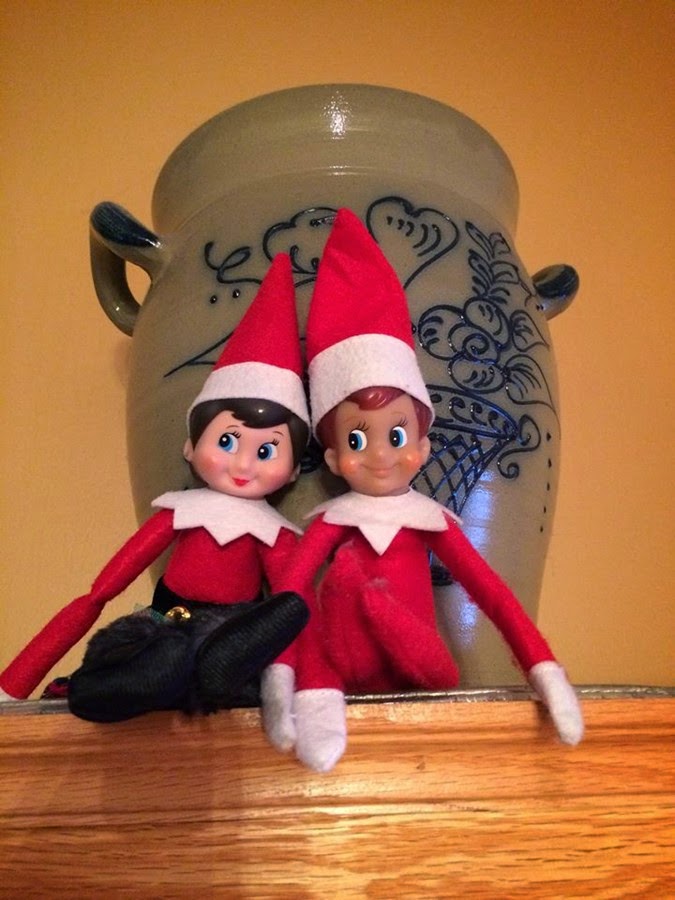 They got themselves stuck in the VCR.  (David said he was surprised that they still owned a VCR!) 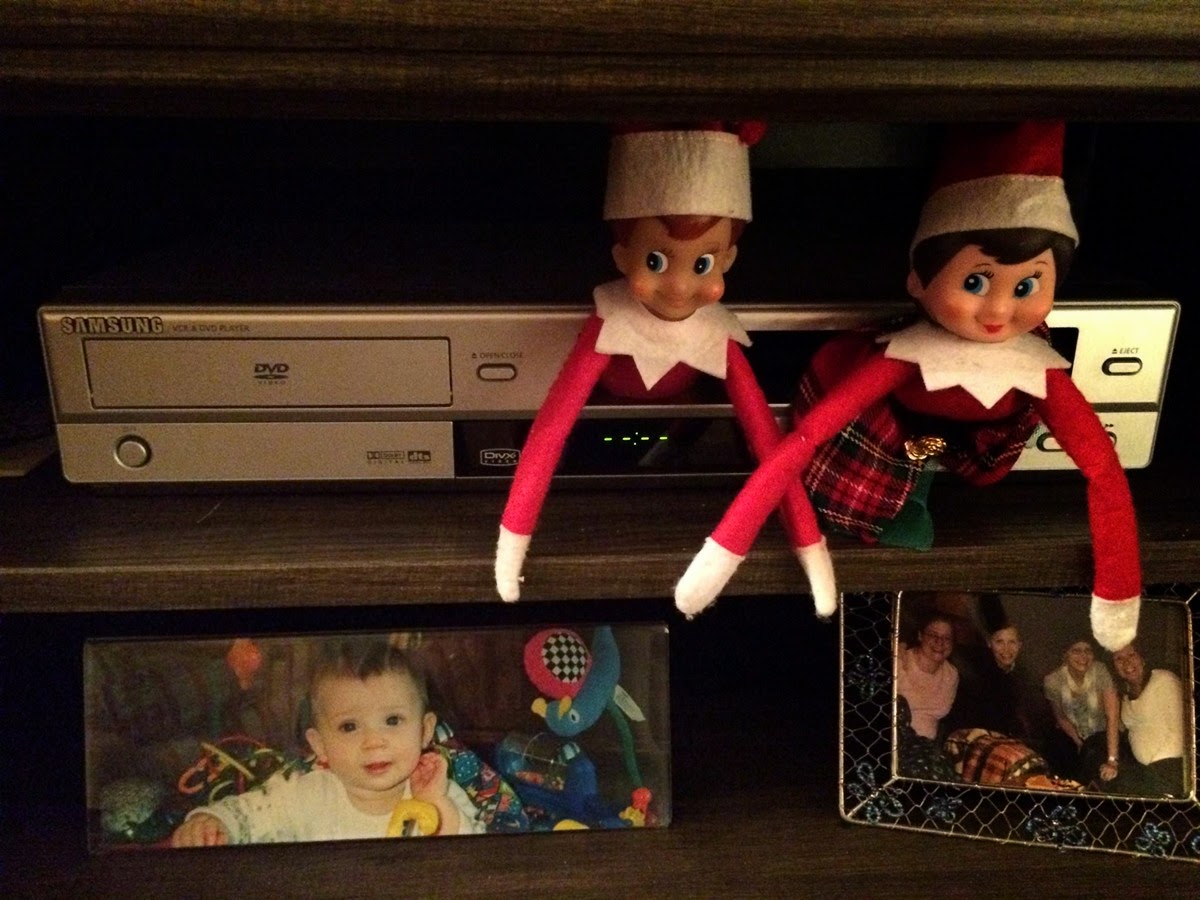 And they made snow angels. 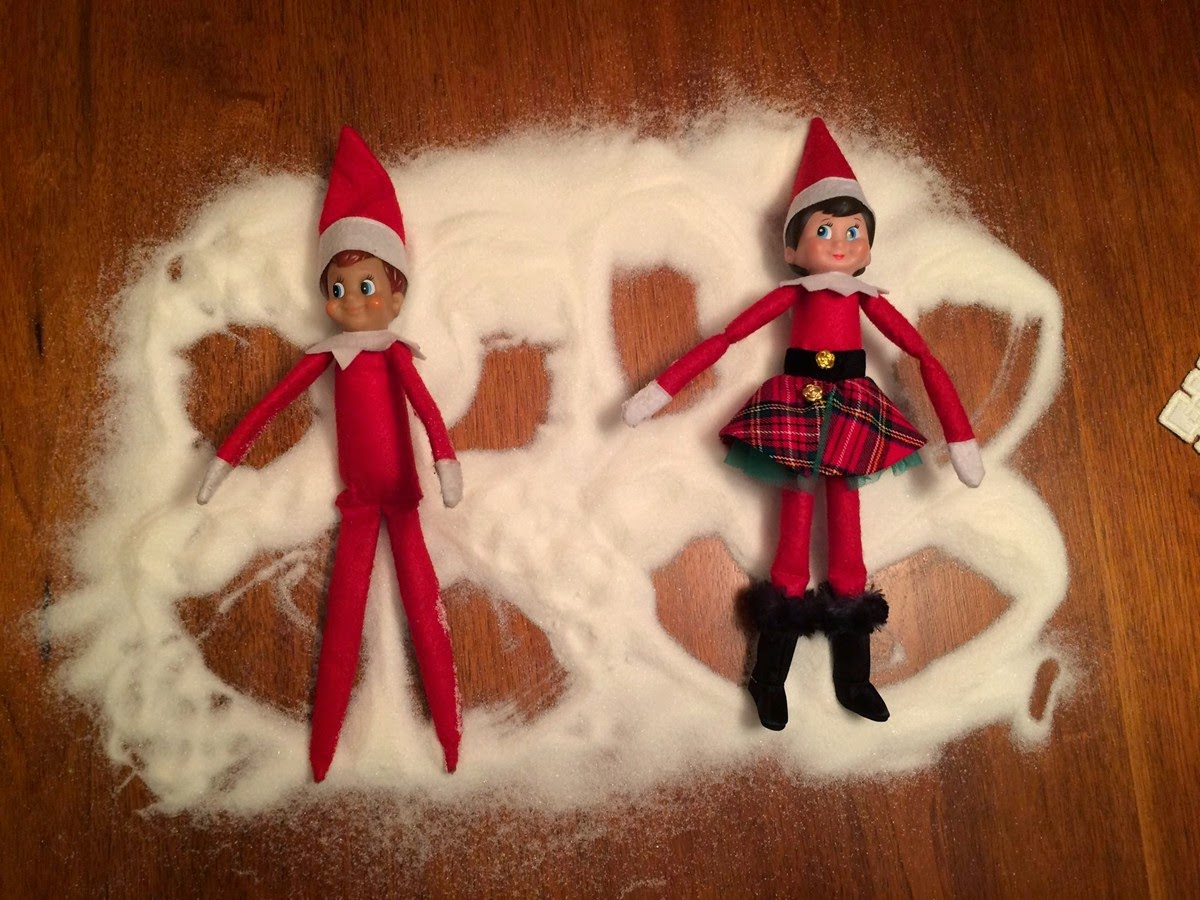 Some adults really need to find a life.  Preferably one with a little bit of fun in it.
Posted by Vicki at Monday, December 15, 2014