It's been a quiet week here in the frozen north.  I've been puttering.  That's what my Dad called it when he was just fiddling about with this and that.  His puttering was along the lines of fixing a hole in the porch screen or weeding a bit in his garden.

My puttering has been along the lines of organizing photos on my computer.  Or going through my quilt patterns and deciding which quilts I will sew over the winter.  Or adding photos of my ancestors to my genealogy program.

It appears Chippy the Elf and his new girlfriend Daisy have been busier than I have.

On Monday Chippy and Daisy were sitting in a tree. 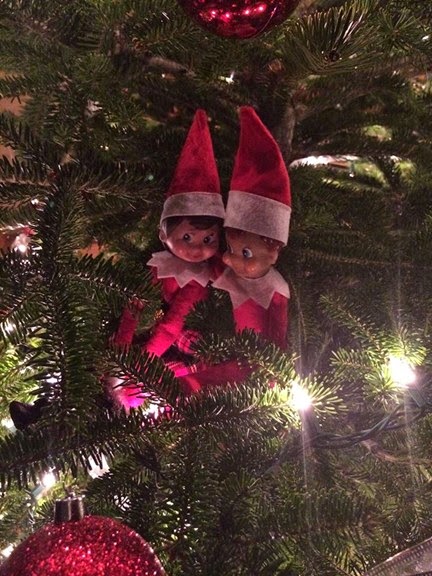 On Tuesday they went on a double date with Ken and Barbie. 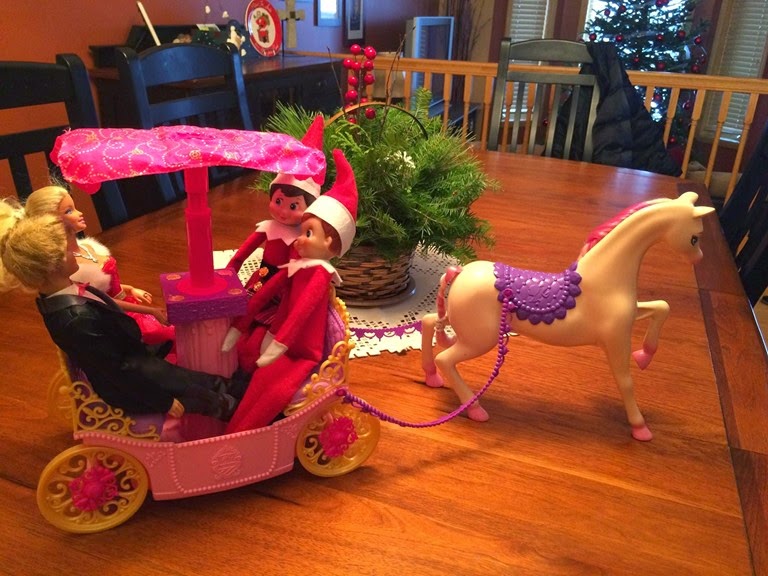 Wednesday found them involved in a serious game of Uno with their friends. 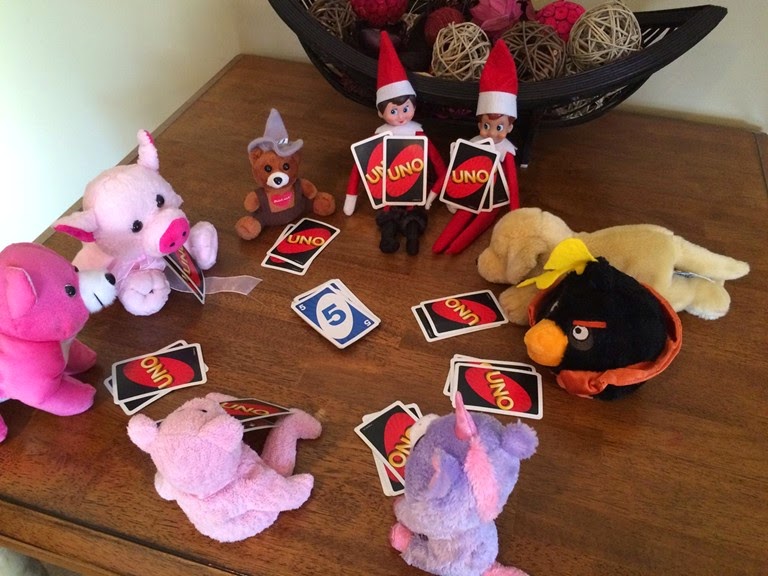 And on Thursday they were looking cozy inside a lantern. 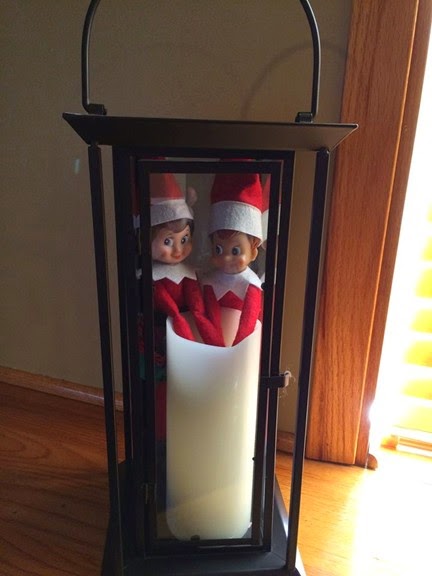 This morning they were hanging out in the bathroom.  Maddie Mae said they were probably watching to make sure she didn't spend too much time doing her hair! 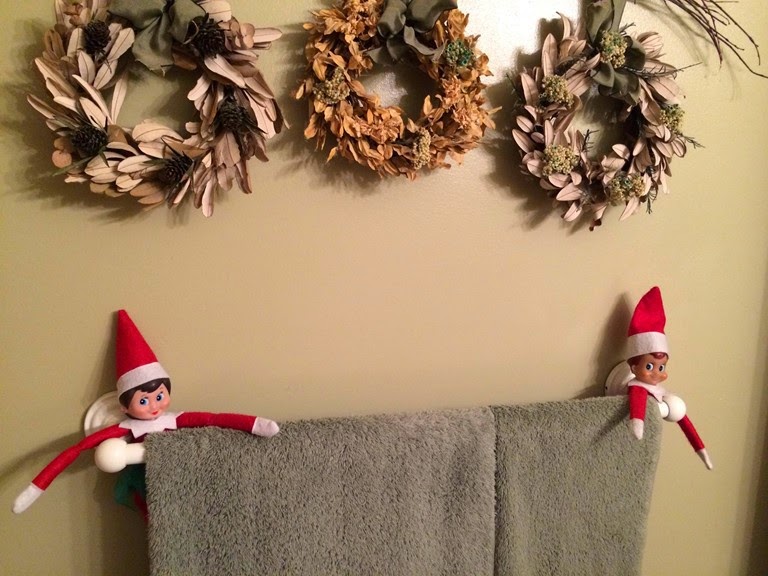