My Get Up and Go Got Up Went

Saturday was a lazy day.  A little reading, a little napping, some video watching on subjects that are of interest to me.  Sunday was more of the same.  I did enough work to keep from being slovenly, but that was about it.  I suppose I should feel a bit guilty for being such a lazy slug, but I don't.  I enjoyed every minute of it.

Duane had a lazy streak going today, too.  When I suggested ordering a pizza and splitting it, he was all for it.  So we did.  To do penance, he is going  to cook a couple of nights this week and I will make fried chicken for us one night.  It is more fun to cook for two than it is for one.

Duane posted this picture on Facebook a couple of days ago. 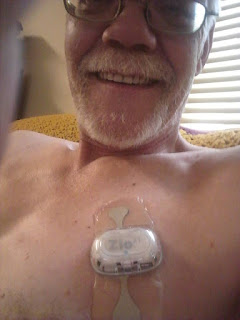 He said that piece of equipment taped to his chest was his new best friend.

I guess it isn't enough that he has had diabetes for years and that he recently had a stroke.  While in the hospital the doctors discovered that his heart isn't pumping exactly like it should.  So last Wednesday he had an appointment with a heart specialist.  They ran tests and gave him that heart monitor to wear for two weeks.  He hasn't got the test results yet and I expect they will know more when the two weeks is up.  He is taking it in stride - "one day at a time."  His sense of humor is still alive and well.  After all the snow we have had lately, he posted this meme on Facebook. 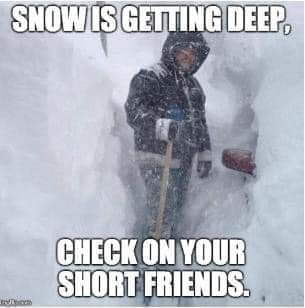 I'm not sure, but it might have something to do with the fact that his Mother and sisters are all not much over 5 feet tall.  :)

We had more snow over the weekend.  Here we got 3-4 inches, but the southern end of the state got closer to a foot of snow.  The wind has been howling.  It doesn't have much effect here in town, but I hear reports that roads, including some of the freeways going through rural areas, are closed.  The wind produced white-out conditions until they had to pull the plows off the roads.  Last I heard, the National Guard was out rescuing those who got caught in the storm.  We have had so much snow and cold this year that somebody posted a notice that all ice fishing houses needed to be pulled off the lakes this year by the 4th of July, just before the fireworks.  :)

Me...I am ordering vast amounts of fresh and frozen vegetables to make vegetable soup to can this coming weekend.  Might as well keep busy.  I hear more snow is on the way this week. 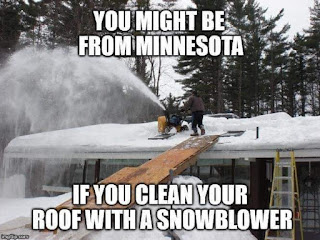 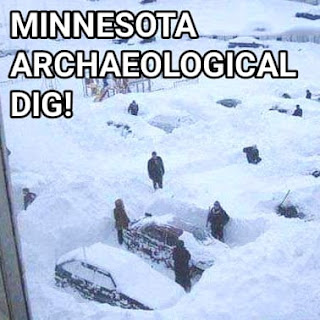 And I moved back here from a warmer climate because?

Oh yeah.  I remember.  This is where my kids and grands are.  And they are the only reason the move was worth it!