Just busy.  I found some new to me information about my family tree, and have been sorting that out to share with my cousin in Texas.  And she is doing some research on another branch of our tree.  It is fun to be working with another relative.  I enjoy the search and don't even mind so much the tediousness of organizing it all, even though it is awfully time consuming.

There was a little bit of sadness in my life this morning.  I have two nurses who deal with the cleaning and bandaging of my lower legs.  Ingrid is the one I see most often and today was her last day.  I am sad at losing her, for she is very good at her job and I really like her personally.  I credit her with saving my life, or at least prolonging it.  She was worried about the low numbers when she took my oxygen levels and she finally had a talk with me, explaining that low oxygen over time would cause some vital organs to be damaged or to shut down.  And when I didn't agree to getting the oxygen setup right away but said I would think about it, she went over my head and called my daughter, who called her brother and sister, who kidnapped me for a doctor visit and the order for oxygen and a nebulizer.  I still hate being tethered to a machine, but it has made a world of difference.  Ingrid has taken a job as a school nurse and I am happy for her.  And the other nurse, Caroline, is just as good and is a boatload of fun to be around.  Could be worse.  Could have gotten a Nurse Ratched.  :)

Duane likes to go to the State Fair.  He usually goes alone and likes to wander around, look at some exhibits and mostly eat. 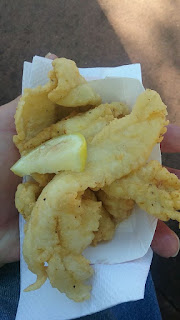 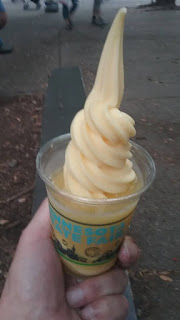 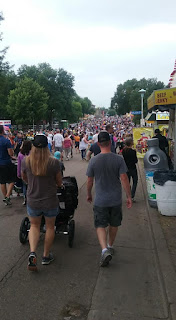 The crowd, which is why I don't go to the fair!!

I asked if he was going to bring me some Fair Food on a Stick, but he said anything on a stick would go bad before he got it home.  This afternoon he showed up with a paper sack full of goodies.  He said there was no food on a stick, but there were three boxes, each containing a different flavor of fudge.  He took a thin slice off each and left the rest for me.  I may have to hide some away or I will be tempted to dive in, head first.  :)

Youngest son, David, showed up early this afternoon.  He sat and visited with me for quite a while, showing me pictures he had on his iPad from his job.  They were mostly of things his landscape crews had missed.  He takes pictures to show them what needs to be done, but in most of them, the problem area was circled and he had added text to tell them exactly what to do.  It isn't rocket science.  It is pulling weeds, mowing grass, replacing shrubs, planting flowers, and cleaning up after themselves.  Jobs that should be self explanatory to seasoned crews, and yet, if David doesn't point out specifics, the jobs don't get done.  I asked if workers were becoming more stupid and he said maybe, but most times they take no pride in a job well done.  I am not surprised.

David also had some video he took with his drone.  He was at his house, practicing with it.  There was footage of their dog, Oreo, in the back yard.  She would sniff at a spot on the lawn, roll in it and then run like mad around the yard.  And do the same thing again.  And again.  I remarked that it might be a good idea to check to see what Oreo found so fascinating.  Dogs love to roll in the nastiest of stuff.  :)