David wanted to know if I could use some celery.  Of course I could!  He and the kids raised celery in their garden this year.  I didn't know you could raise celery in Minnesota, but obviously, you can.  They had already used all they wanted.  He said he would drop it off at my apartment for me.

Now when he said he had celery from his garden, I was thinking maybe a few stalks.  I was wrong. 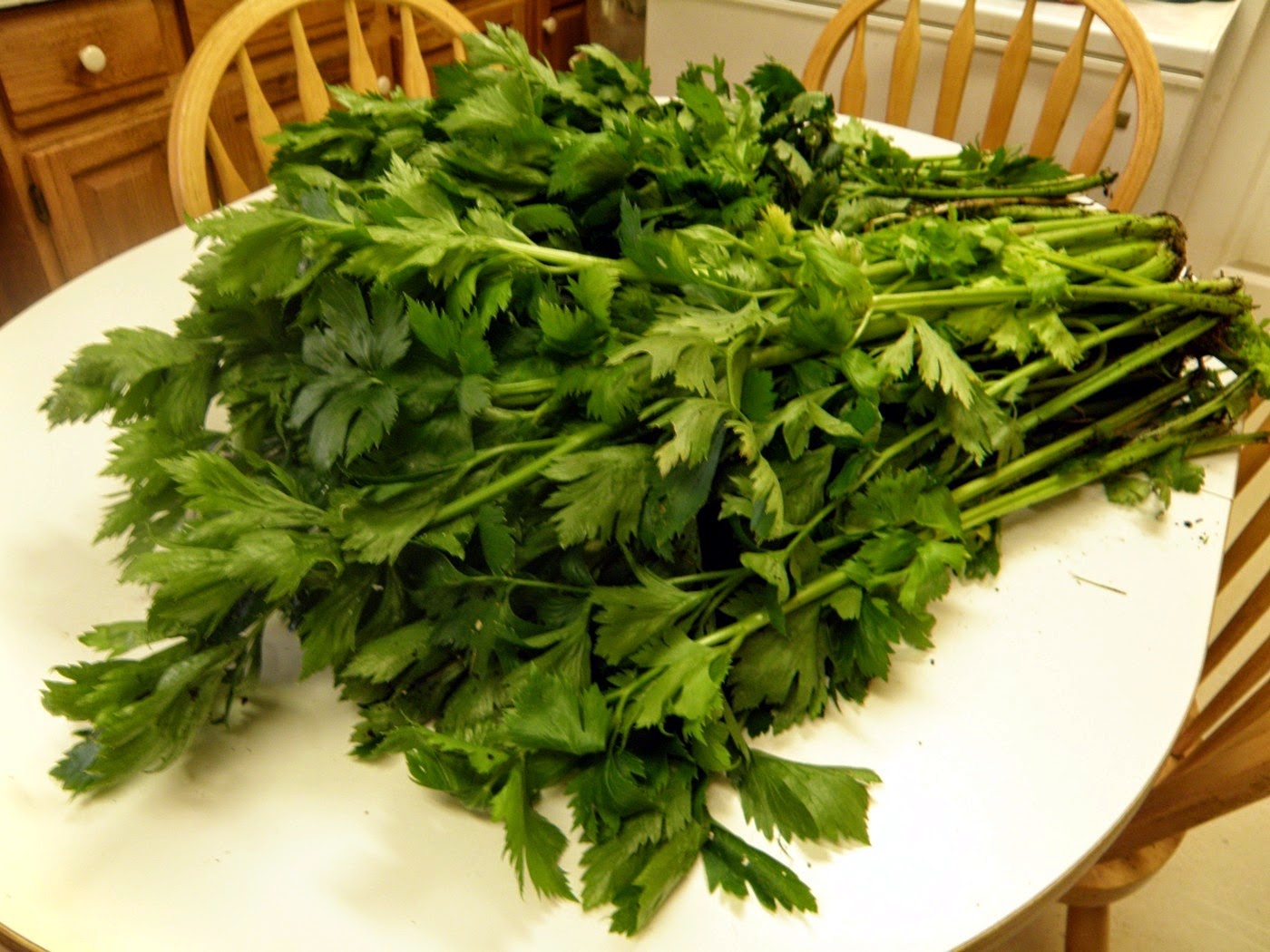 He said that next year he will thin it out some and with more room to grow, the stalks would probably be larger.  There were some pretty big stalks even without the thinning.

I have it all cleaned and cut up.  Tomorrow morning I will blanch it and fill my dehydrator trays.  I plan to dry the leaves separately.  They are really good when crumbled and used like dry parsley.

This past Saturday David and Staci took the kids to an apple orchard near their home.  Apple orchards around here are more than just orchards.  There was horseback riding for the girls and a farm animal petting zoo for the younger set, along with other kid-related activities. 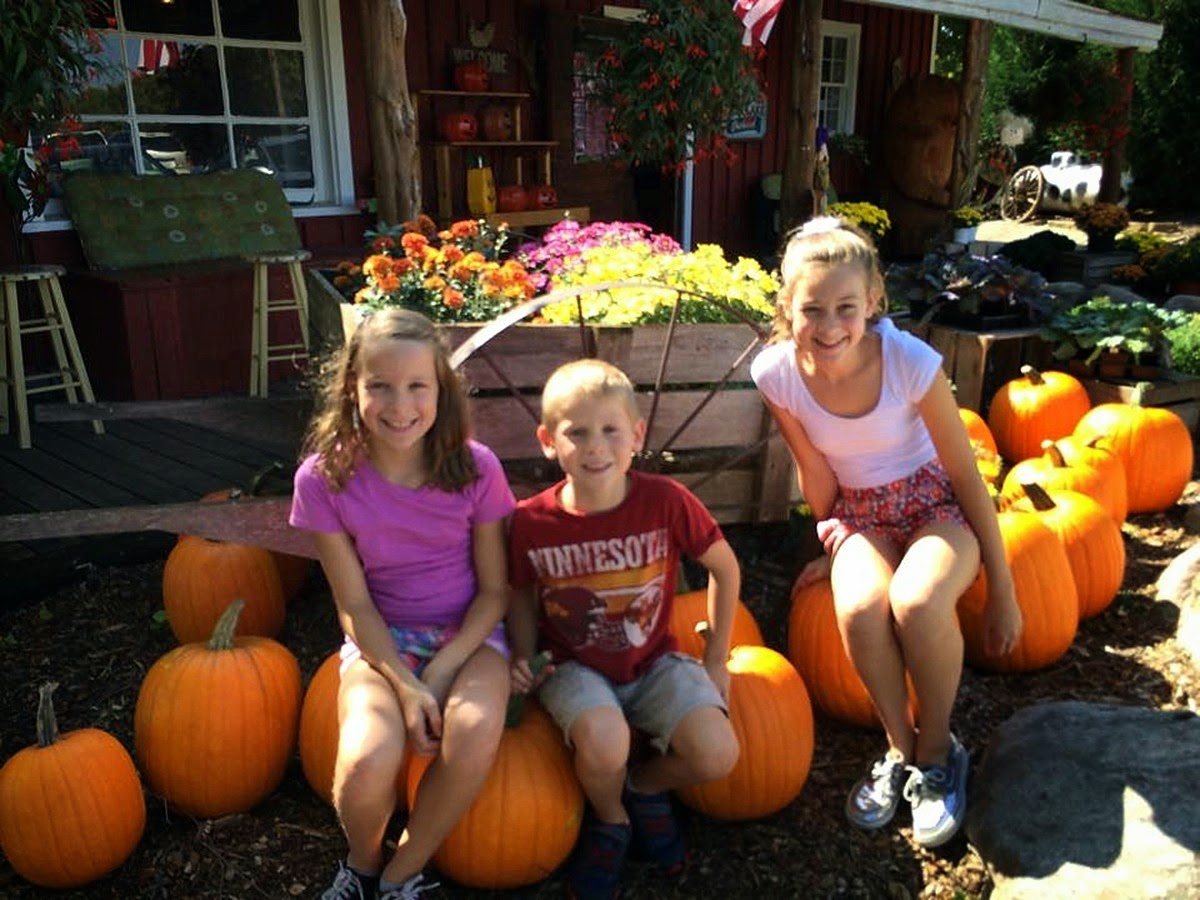 And then they went apple pickin'.  David brought me a big bag of apples.  I can't remember what variety they are, but he said they are a good all purpose apple. 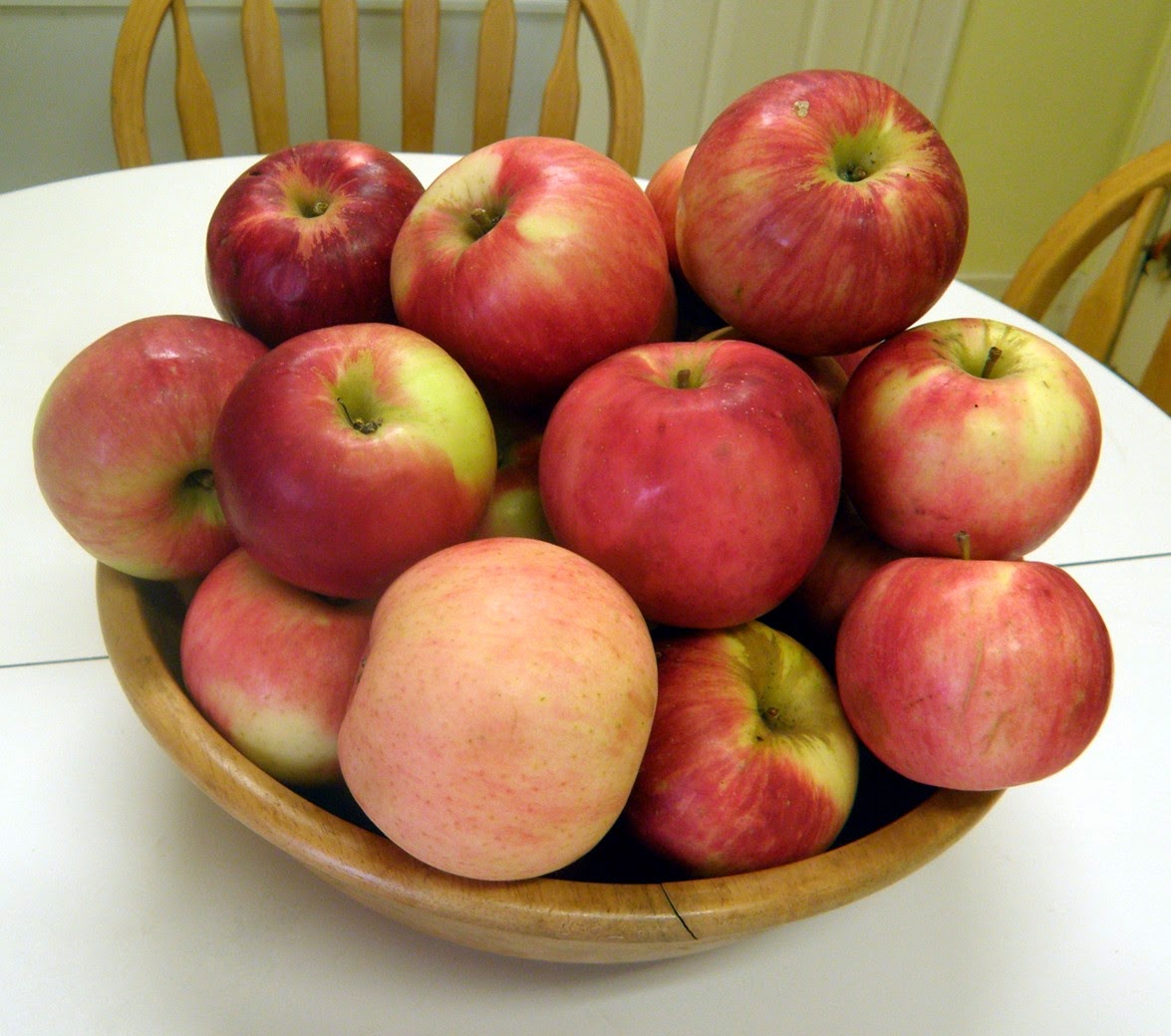 I was going to make applesauce, but these are such nice, firm apples that I think I will can apple slices instead.  The next time the kids are here, we will open a jar or two so they can see how good they taste.  They have already learned how to can tomatoes and salsa and pasta sauce and chili sauce and pickles by helping their Dad.  Maybe next year they would like to learn to can apples with their Grandma.
Posted by Vicki at Tuesday, September 23, 2014