here in the land of lakes and loons.  The temperature got up to nearly 80 degrees today and now, in the middle of the night, is still at 68.  I turned off the heat for my apartment a couple of days ago.  It is so nice to be able to have the windows open again.  Early this morning about the time the dark of night gave way to the first gray of morning, I could hear the chorus of sparrows and chickadees that live in the trees outside my windows.  They are so incredibly cheerful sounding in the morning.  Takes me at least a half pot of coffee to even become civil.

It has been a quiet week here.  Aside from a few bags of cranberries waiting in the freezer to be turned into juice, I am pretty well caught up in the food storage department.  I have been using about half of my every-other-week grocery order to get fresh fruit, vegetables, etc. and the other half to stock up on whatever is on sale.  The canning shelves are full.  The closet pantry is full.  The shelf holding the dehydrated food is full.  I think I could go for at least year without having to go to the store, if necessary.   It is real easy to become complacent when the shelves are full and I don't want to do that.  This week my local grocery has boneless chuck roast on sale for $2.99 a pound, which is a good price here.  I may have to ask Oldest Son to do a grocery run for me on his next day off, and get me at least 40 lbs of beef roast.  I have lots of jars of beef cubes canned, but it would be nice to have some bigger pieces for roast beef dinners.

A couple of weeks ago my granddaughter, Maddie Mae, called to tell me that she had been named "Student of the Month" at her school.  The honor has to do with good grades and good citizenship and I'm not sure what all else.  It makes me glad when one of the grands calls to let me know what is going on in their lives.  Good going, Maddie.  You make me proud.

A week ago on the weekend I was sort of glued to my computer.  The two youngest granddaughters had a dance competition and I could watch it being live streamed.  Each of them had a couple of dances with the whole age group, plus each had a solo dance and Maddie had a duet.  It was so much fun to watch.  The live stream was a bit dicey during the awards ceremony so I missed learning how they did.  But when I talked to Boston later, she said both of them had high marks including some first place trophies. 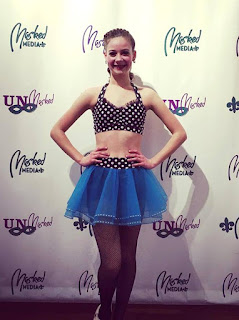 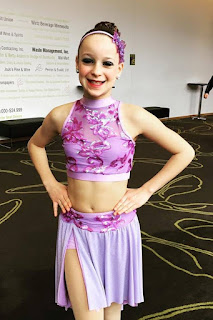 It is always a bit jarring to see them in full costume and stage makeup.  When I think of them, this is what I see. 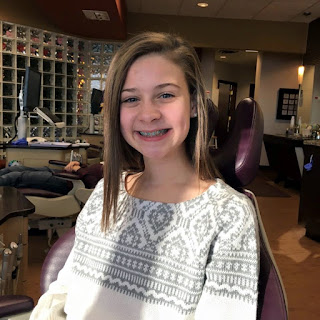 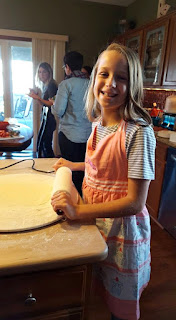 Other than that, it has been just the usual hum drum life of a contented retiree.  A little quality time with a good murder mystery, an apple pie shared with Oldest Son (He is really good to help me eat baked goodies!), and naps.  Naps are a good thing.  I have about six bananas that are nearly over ripe so I expect there are a couple of loaves of banana bread in my future, probably tomorrow.

I know there are all sorts of crazy things going on in the world around me.  Thing is, there is precious little I can do about any of it.  So I keep one eye on the news and the other on Home Sweet Apartment.  I'm going to be 70 years old in a couple of months.  So I have decided to enjoy the time I have left as much as possible.  That includes doing the things I like to do, such as sewing and quilting and scrapbooking and reading.  And spending time with my family.  And keeping on with the preps, for even if I never use all of it, there are those who will.  Some find joy in world travel and others in the whirl of social activity.  Me...  I'm perfectly content right here.  Can't ask for much more than that.
Posted by Vicki at Monday, April 18, 2016