My Aunt Em was probably my most favorite aunt.  This was, I think, because there were only 10 years separating us in age and because she was the only one of my aunts who lived close to me while I was growing up.  But more than that, she loved me unconditionally. 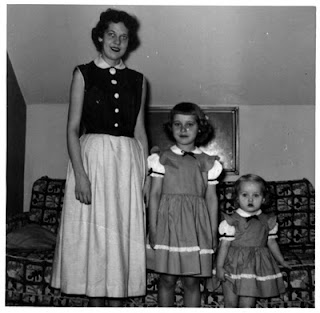 Em had graduated from High School in St. Paul, where she had lived with my Grandmother.  But when she married Ronnie, she moved to his farm near Svea, just a few miles from my family's home.  We spent holidays with Ronnie and Em and their family the whole time I was growing up.  There were kids birthday parties and Sunday picnics at the lake and other times when Mom and her sister just got together to talk over a cup of coffee.  Em and her family were a huge part of my life. 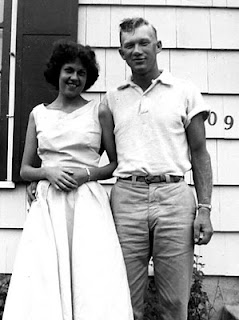 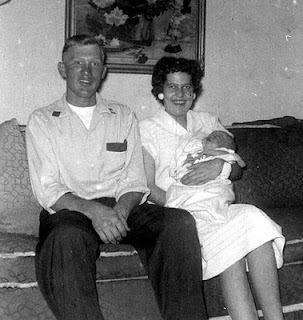 I won't dwell on her death, for that is too painful for me.  I will tell you about the blue octopus she made for me, that lived on my bed until I was out of school and had a home of my own.  She is the one who gave me a jar of her homemade dill pickles, complete with a big red bow on top, for Christmas one year because I always hounded her for her homemade pickles when we were at her house.  She is the one who took care of me when my mother was ill.  She is the aunt who was always there when I needed her.

Her sense of humor was second to none.  She could make me laugh no matter how grumpy I was.  She told stories, mostly on herself, like about the time she used her big pressure cooker to cook up a big batch of vegetable soup that she canned every fall.  She set the lid on the cooker, thinking that it was set so that it wouldn't seal, but the lid slipped, sealed and pressure built up, eventually blowing the lid off.  She wasn't hurt, but she spent the next couple of hours cleaning vegetable soup off of the stove, the floor, the cupboards, the walls, the ceiling.....

My family traditionally spent Christmas Day with Ronnie and Em's family, while I still lived at home.  The funny thing is, I remember very little about the Christmas presents, other than the octopus and pickles.  What I remember most is sharing a good meal and how much fun it was when we all got together.  There was laughter and love and good-natured teasing and all of the things that are present when people who love one another are in each other's company. 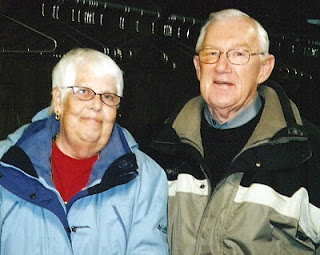