Brothers Are a Good Thing

When I was a young girl, I wished for a brother.  I had a sister already, and that was good, but I always wanted a brother.  I envied my friends who had brothers.  I always thought that a brother would be just the neatest thing.  When I was 15 years old, I finally got my wish. 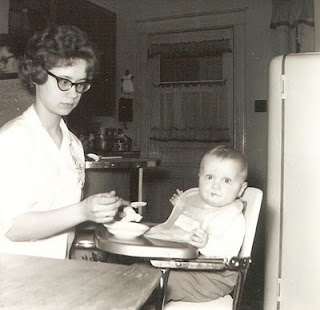 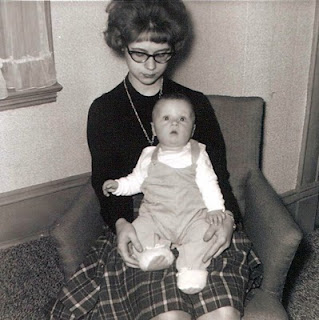 When that brother was about three years old, I lived in a small rented house.  The landlord was a crabby old man, who refused to turn on the heat, even though the weather was unseasonably cold for the spring of the year and we were sick from living in such cold, damp quarters.  When he caught me trying to heat the kitchen using the oven, he yelled at me.  My brother was with me when that happened.  My mother told me later that my brother went around with rocks in his pockets for days afterward.  When Mom asked him about the rocks, he said that he was going to throw them at the mean man who yelled at his sister.  Even then, he was watching out for me.

On Saturday afternoon, that same brother and his lovely wife came to see me.  Kelly was in the area for his job, and Jackie had driven down to spend the weekend with him.  Kelly is away from home a lot.  Their time together is limited.  That they would choose to spend some of that precious time with me just blows me away.

We sat at my kitchen table and drank coffee (lots of coffee) and ate cookies and we talked.  We got caught up on our various kids and grandkids and how everybody was doing.  We exchanged cute grandkid stories.  We talked of our parents and of times past.  We remembered aunts, uncles and cousins and told those stories as well.  Jackie, bless her heart, listened to all of it, uncomplaining.  She is a gem.

Time always goes by way too fast when I am with my brother, and although several hours had passed, too soon it was time for them to go.  Saying goodbye is always hard to do, but knowing that we will do this again whenever we can, makes it easier. 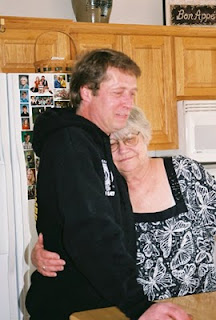