Where Does the Time Go...

It seems like just yesterday I held a tiny boy child in my arms - my third grandchild, the only son of my oldest daughter and her husband.  He was no bigger than a minute and I fiercely loved him from the moment I laid eyes on him.  When he was a little older, whenever I would go to his house, he would come running to give me a hug. 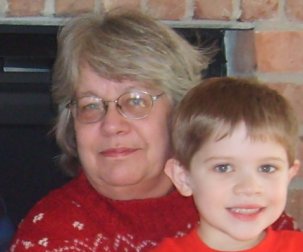 Now that he towers over me in height, he hasn't forgotten that grandmas still need hugs from grandkids.

Over the weekend his parents turned him over to North Dakota State University. 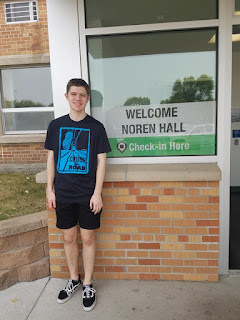 How can this be?  Wasn't it just last week he started Kindergarten?

Zach is enrolled in the Aviation program.  He has been taking flying lessons since he needed to sit on a cushion to see out the windshield of a small plane.

These two pictures were taken in 2009 when he was taking his first flying lesson at age 9. 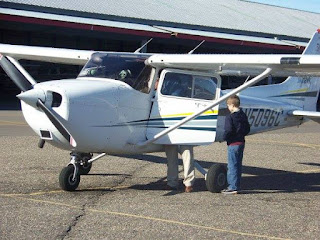 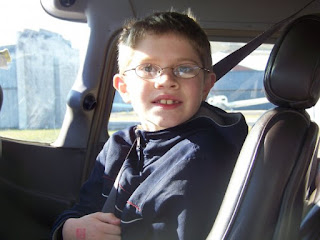 And this is a picture of my "Joe Cool" grandson, taken in 2014, looking like a pilot! 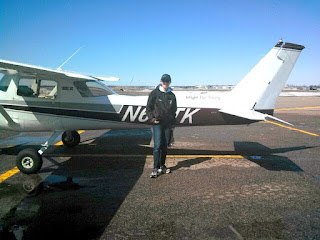 My daughter once told me that Zach was happiest when flying.  His goal is to become either a commercial pilot or a corporate pilot.  There is no doubt that he will achieve his goal.

Grandma loves you, Zach.  You do me proud.