Our Boston has been inducted into the National Honor Society. 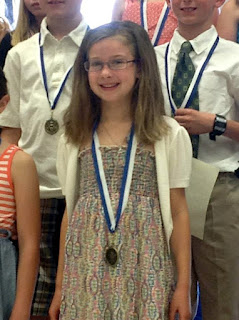 When Boston called to tell me about being accepted into the National Honor Society, she was so excited and was talking so fast that I could barely understand what she was saying.  I finally understood her to say that when she opened the letter telling her about it, she screamed.  Now all of us who have raised daughters know about screaming little girls.  However, in this case, the scream was entirely justified.

This goes beyond normal Grandma bragging.  This is more a quiet pride in a granddaughter who has worked hard to achieve this honor.

Congratulations, Boston.  You earned it.