My Grands probably do not remember a time where nobody had a cell phone or an iPad or any other hand held device with a screen.  So I am here to show them what life was like for a kid way back then...

We played outside, summer and winter. 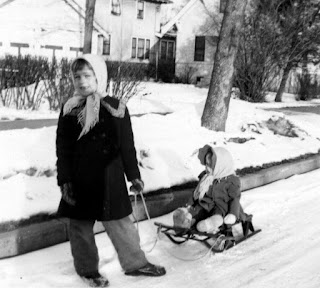 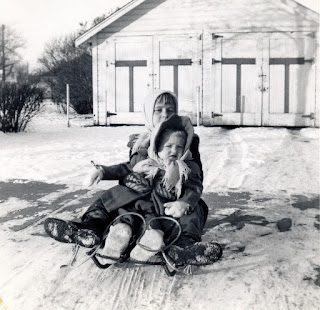 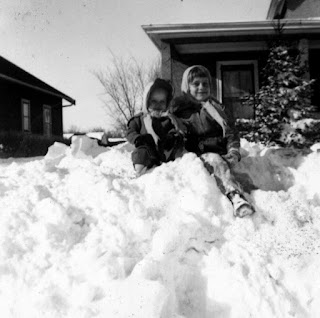 The year those pictures were taken, a blizzard had roared through Willmar, leaving a snowdrift about three feet deep in front of the house where my family lived.  My sister, the little one on the sled, stepped off the front porch and promptly disappeared from view in the snow.  Dad dug her out and after she realized she wasn't hurt, she wanted to do it again.

The neighborhood boys would play hockey on the ice rink at the local elementary school.  There was a small shack at the edge of the rink that had a small potbellied stove in it and when toes and noses became numb from the cold, they would all pile into the 'warming house' to thaw out before resuming play. 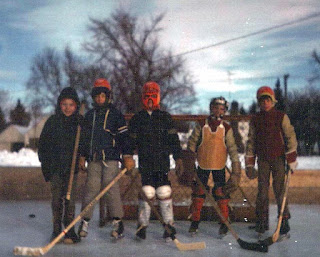 Every kid had a bike and we rode them all over town.  Parents today often consider that to be a dangerous activity.  Kids now wear helmets and often knee or elbow pads.  We just rode and bandaged up skinned knees when we got home about suppertime.  Parents today have to worry about their children being snatched up by bad people, but then we all knew who the crazies were and we stayed away from them. 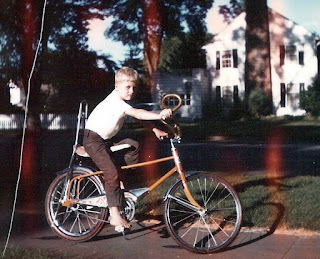 Sometimes Dad would set up an old Army tent he had and we would camp out in the back yard. 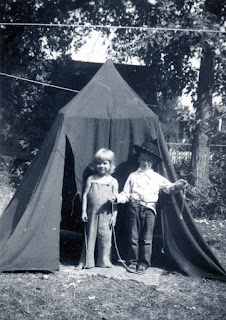 Doors were never locked, so if the boogie man got too close, we could make a mad dash for the back door and safety. 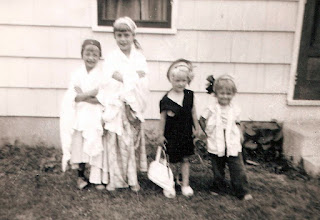 Little girls had dress-up boxes where their mothers would toss discarded skirts, dresses, purses, high heeled shoes and any number of other articles of clothing suitable for the world of 'pretend.'  One of the neighbor girls had a playhouse, which made clomping about in high heels even more fun.  I have to admit that occasionally I would play dress-up, but most of the time found me involved in a ball game or dashing down the sidewalk on roller skates.

We knew about wildlife. 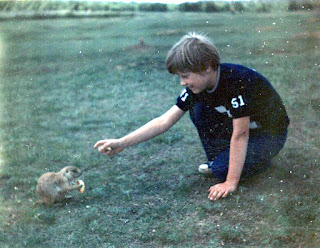 We could tell the difference between a chipmunk and a squirrel and could most times tell what kind of bird was in the tree by the sound of its song. 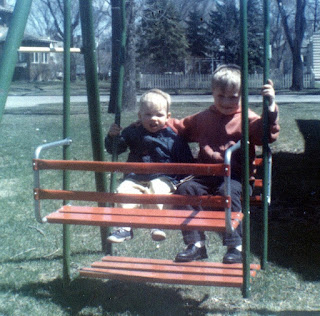 Nearly every backyard had a swing set.  They weren't the fashionable wooden sets we see today, but were more lightweight metal ones.  As we grew older, the goal became to get the swing going high enough to pull the legs of the swing set off the ground.

I don't begrudge my grands their electronics.  After all, I realize that we live in different times, even though their Grandma is probably the only civilized human on the planet who doesn't own a cell phone.  I just want them to know it is possible for a kid to have fun without staring at a screen. 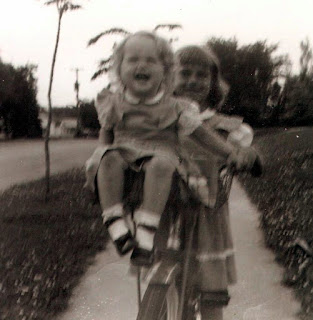