My grandson Zach takes lessons to become a pilot.  I'm not sure when he started, but his Mother says she remembers when he could stand upright under the wing of the plane and he needed to sit on a cushion to see out the front window.  He's grown some since then.

Zach isn't quite 14 years old yet.  He has had a love of flying since he was small.  His Dad has a pilot's license and I suspect that may have had something to do with his wanting to learn to fly.

I love this photo of him, taken a couple of days ago.  It reminds me a bit of the old photos of barn storming pilots back in the day.  He just has that look about him. 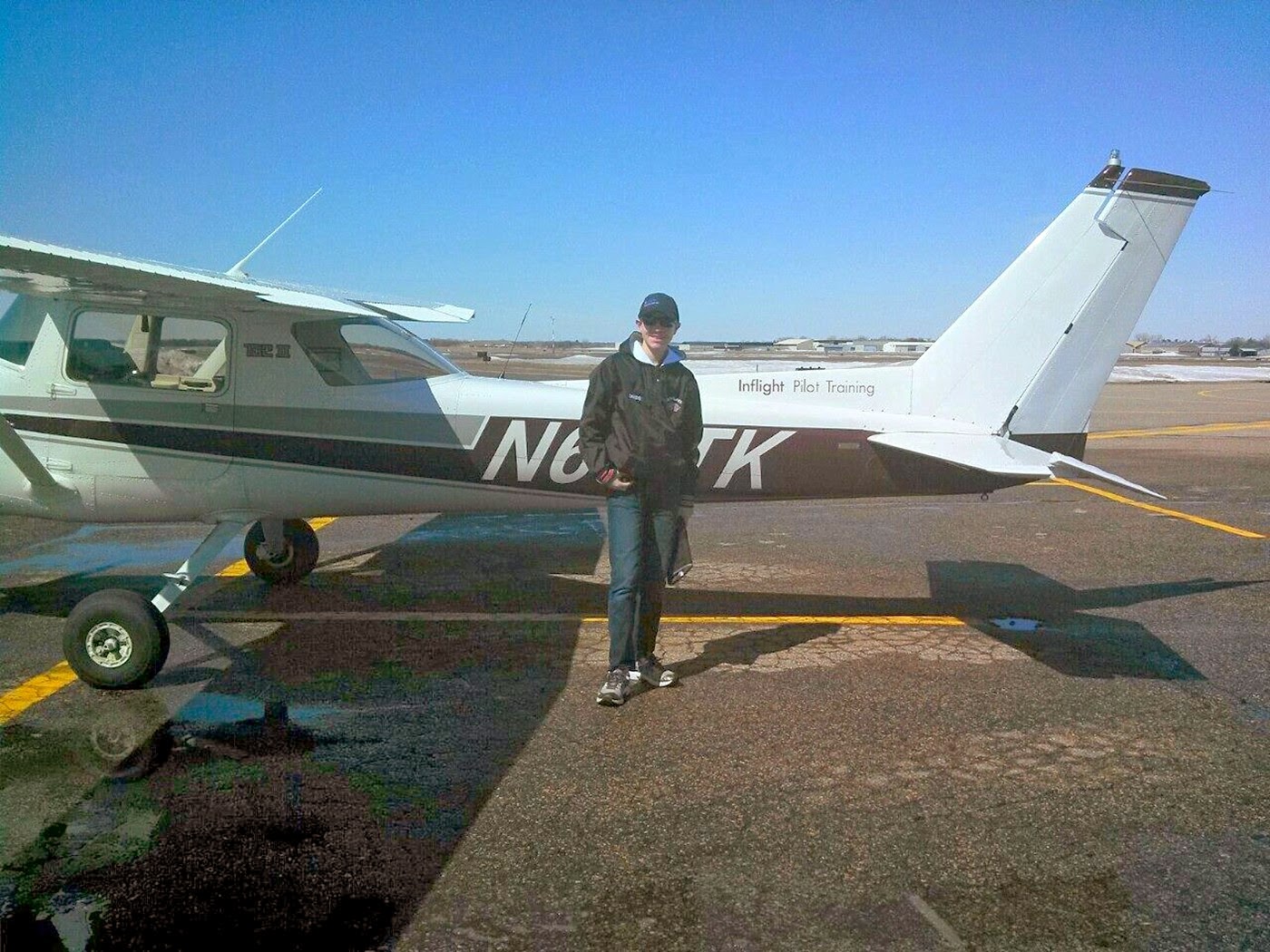 I don't care that much for commercial flying, but I love riding in the small planes.  My Dad wasn't a pilot, but he loved that kind of flying and he passed that along to me the first time he took me to go for a ride in one of the planes that gave tours in Bemidji, Minnesota.  I was just a young girl, but I was hooked.  One of the most fun birthday presents I ever received was when Zach's parents (my daughter and son-in-law) rented a plane and I got to go for an hour's ride.  I loved every second of it.

I hope that when Zach gets his license, he will remember that his Grandma dearly loves to fly.
Posted by Vicki at Sunday, March 30, 2014