I have been reading for some time that schools are backing away from teaching cursive writing.  I happen to think that is a mistake.

I am interested in genealogy.  I spend quite a bit of my time searching through census records for clues to my ancestors.  I can access records online from 1850 to 1940.  Once in a while I will find a census that is filled out using hand printed letters.  But nearly all were hand written - in cursive - by the census taker, who went door to door to gather the information.  The census tells me where my ancestors were living in a given year, how many of the children were living at home, which ones had married and started families of their own.  Many of the pages tell me if my ancestors owned their land, the state or country where they were born as well as their parent's origins, and what they were doing to make a living.  I would be totally wasting my time if I couldn't read the census pages.

Another source of information for me are old letters that my parents saved over the years.  I found this postcard in my Grandmother's Bible. 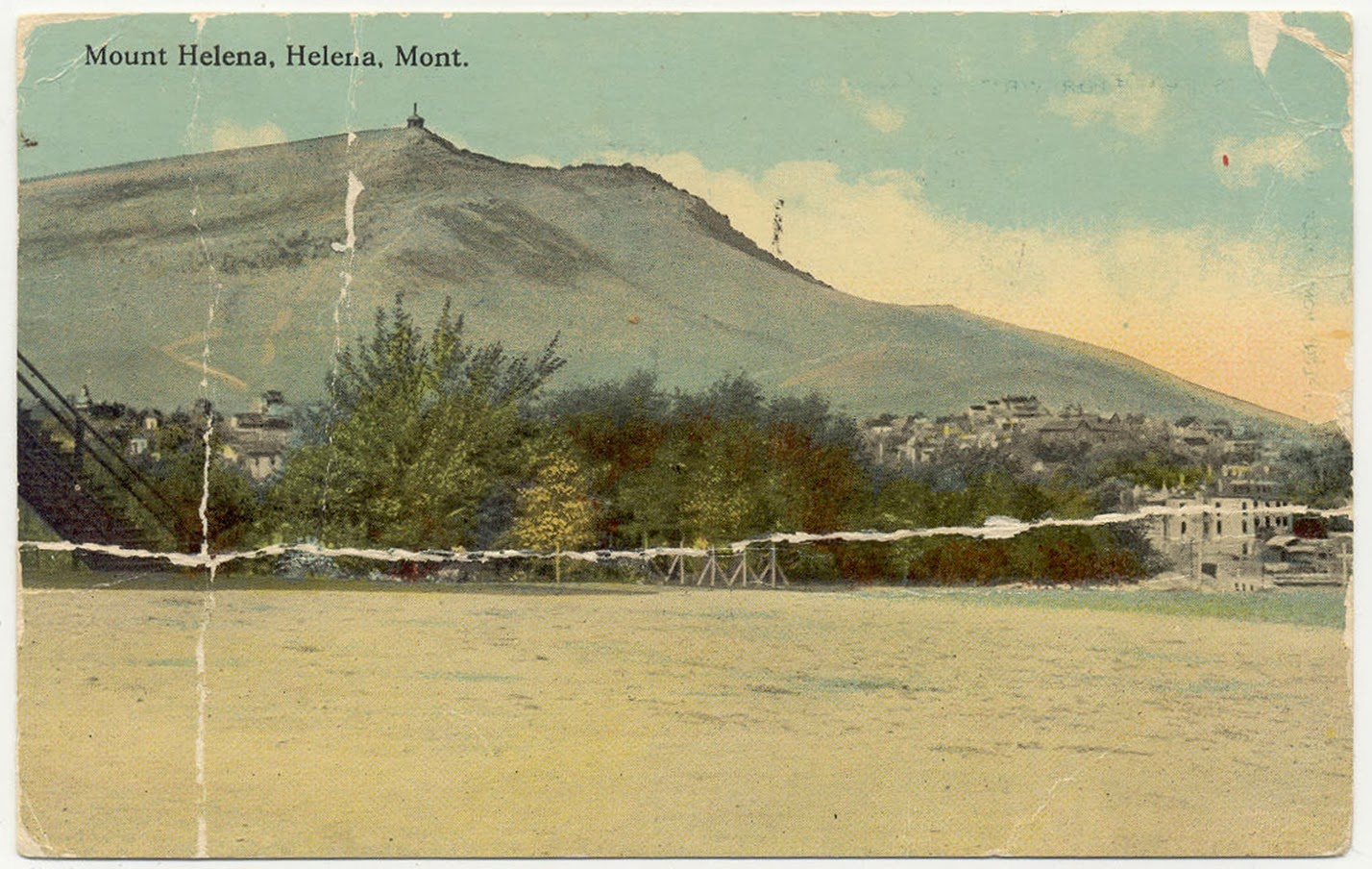 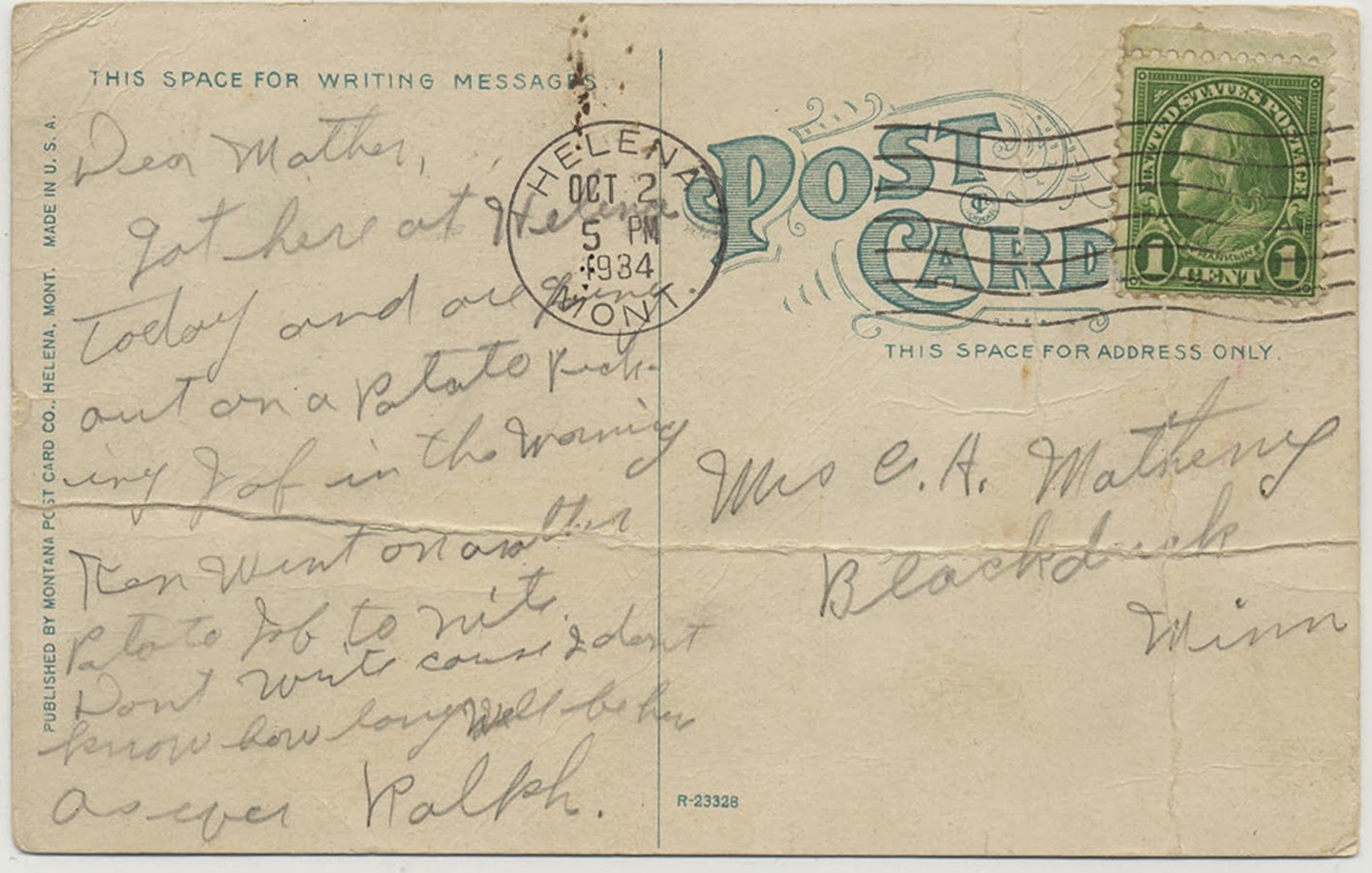 My father had sent it to her when he and his brother arrived in Helena, Montana - traveling from Minnesota - to look for work during the Depression.  He reports that both had found jobs picking potatoes, and that she shouldn't write to them because he didn't know how long they would be there.  If I couldn't read cursive, it would be gibberish to me and I wouldn't know what my father and his brother had done to earn money for the family.

I found this letter among my Dad's things.  It was written to him by his mother, who was visiting her oldest daughter and her family.  This is the first page of a three-page letter. 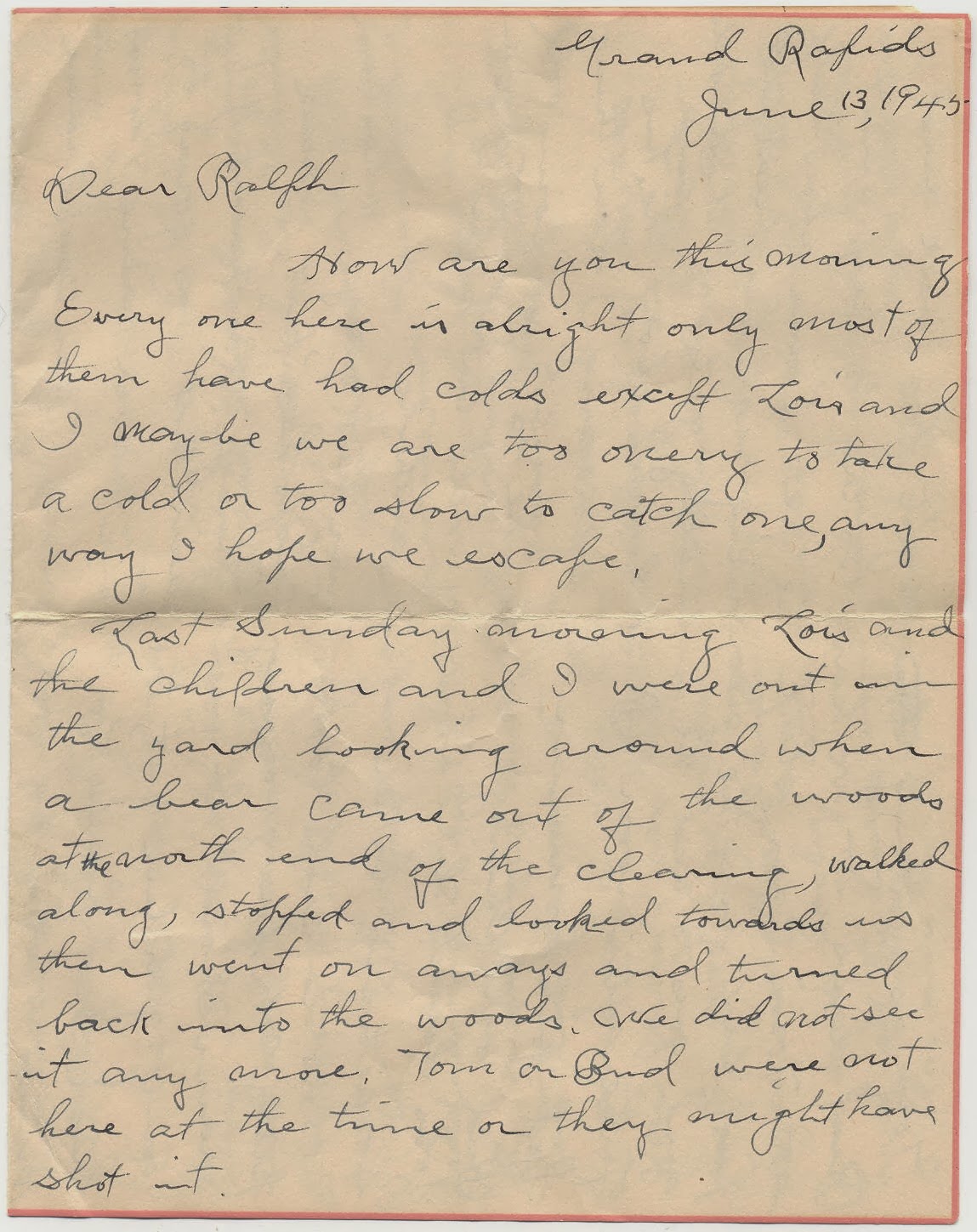 If I couldn't read cursive, I wouldn't know that Grandma had a sense of humor.  I was only 9 years old when she died, and I don't remember her humor.  She says that everybody there has colds except herself and Lois (her daughter).  She goes on to say that maybe they are too ornery to take on a cold or too slow to catch one.  Then she tells about seeing a bear come out of the woods at the edge of the yard and she speculates that had Lois' husband or son been there, they would have shot it.

So much of the material that I transcribe to enter in my genealogy program is hand written in cursive.  I don't transcribe all of the letters or stories that I have found, but place them into binders.  I have no idea if any of my grandkids will develop an interest in family history.  But if they do, are they going to be able to read about their ancestors if the material hasn't been entered in a computer?

Personally, I believe it is important to know who those people were who came before.  We are the sum of all of them, and if the grandkids don't learn the basics, how on earth are they going to know who or where they came from.  I hope they learn Everything that they can.  It would be a terrible shame if they were dumbed down so much that they have no clue about those who contributed to who they are now.
Posted by Vicki at Saturday, February 08, 2014